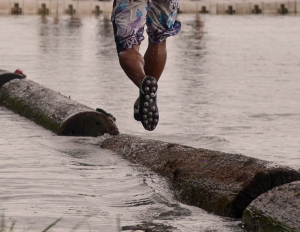 For those who are led by the Spirit of God are the children of God  Romans 8:14

Matthew Jacob Pearcy was a young man known as goofy, optimistic, and fun-loving.  You could also describe him as loyal, genuine, and kind.  He was inclusive, non-judgmental, took care of others, and met people where they were.  He will be deeply missed by all who knew and loved him, but he will live on in the endless stories and recollections of his short time here on earth.

1999 was a very good year; Matthew entered the world on June 21st at a robust nine pounds and ten ounces.  Gas cost only $1.22 and a letter could be mailed for 33 cents.  Sponge Bob and Toy Story 2 premiered and book 3 of Harry Potter was published.  Millions worried about Y2K but computers didn’t crash, and the world celebrated the new millennium and the Pearcys celebrated having a beautiful new addition to the family.

Matthew loved to eat from day one. From the time that he started to walk and climb he took matters into his own hands.  He would climb into the fridge, stand on the crisper, and pull out his favorite refrigerated delights. Eating became a favorite pastime for Matthew as the boy just kept getting bigger, taller, and stronger.  He used all those calories to enjoy the outdoors.  As a toddler he loved to race his Little Tikes Flintstone car down the driveway. As he got older, he loved riding his bike which quickly became too small for his frame, so it often looked like he was riding a clown bike with his knees flared out to the sides.  Even in college you could find Matthew climbing trees, but with age comes wisdom so he would also enjoy just lounging in a hammock after a long day of studying.  From a young age Matthew was a friend to all, often inviting anyone he met at the McDonald’s Play Place and the neighborhood pool to his birthday parties.  His dad, chaperoning a 4th grade class field trip to Marengo Cave, got a front row seat watching Matthew in action as he commanded a busload of kids to play a hand held video game shouting out which channel to use as well as trouble shooting for all the players. This was a side he had never seen before.  In school, Matthew struggled with reading and spelling, but he did excel at math.  On the ISTEP test math section, Matthew was asked to prove his work.  He wrote “metal math”.  He lost points as mental math was not an acceptable answer.  Matthew eventually began reading and wanted to read the same things as his big brother.  Daniel told him specifically that he was not allowed to read some of his “banned books”, but of course that was the perfect invitation for Matthew to sneak into his room to read them. If not doing some clandestine reading, you might find Matthew, Daniel, and Jordan playing Wii tennis.  On one fateful New Year’s Eve while playing and beating his sister Jordan, Matthew unfortunately was on the wrong side of Jordan’s strong tennis backhand and lost his two front teeth. A lot of screaming and crying followed, and the Pearcy family met their dental deductible by Jan 2nd.

High school at Lawrence North was a busy time. Matthew buckled down with his studies and he began playing Dungeons and Dragons on a regular basis with a close group of friends.  Matthew continued to enjoy Renaissance fairs which were introduced to him by his grandparents at the young age of seven.  He loved the sword fights and the homemade root beer. Even after graduating college, Matthew would head to Renaissance fairs in full costume. He was a delegate to Hoosier Boys State.  For many, this was an honor, but for Matthew it was just a week.  The food poisoning outbreak didn’t help.  He was a part of the HOBY (Hugh O’Brien Youth Leadership Conference), but he did forget his bath towel for the first three days.  From that time on, he packed extra towels for those who might have forgotten their own.  Matthew was a person of faith.  He participated in Bible studies in high school and college and took part in mission trips and service projects.  When asked by his parents where he was to be dropped off for a mission trip, he told them he was 89% sure of the drop off site.  However, he was 100% incorrect.  Responding with 89% became legendary in the Pearcy household as it actually indicates “I’m 100% unsure.”

Matthew traveled with his family to Panama City Beach every summer for their extended family vacation.  His favorite Florida game was “throw up” in which his dad would toss Matthew in the air while in the pool.  On a train trip to Washington DC, in true Matthew style, he made friends with a boy from Cincinnati while his family was asleep.  They were fast friends for the whole train trip.  At another time, the family was getting ready to go to the airport and Matthew’s dad warned all the kids to be on their best behavior, and there was not to be any toys in their carry-on bags.  The boys however missed the memo. TSA stopped Matthew to investigate suspicious objects that showed up on the scanner.  They pulled out a laser light and Matthew promptly said, “Oh that’s my brother’s; he put it in there.”  The laser was then confiscated.  The TSA agent then pulled out every single item in his bag, and Matthew gave a running commentary on each toy and stuffed animal.  Matthew’s dad was not pleased.

Matthew matriculated at Indiana University in 2017.  Jordan and Daniel recommended that he get involved right away so he could meet people and make the transition easier.  They gave him a pizza gift card and instructed Matthew that the pizza was not to be eaten alone.  Heeding their advice, Matthew  took multiple pizzas back and forth to the dorm laundry room and made friends there.  He hosted canvas painting nights, enjoyed camping, and writing poetry.  During welcome week, Matthew tried flag football, ballroom dancing, ultimate frisbee, and fencing but in due course, became president of the Log Rolling Club.  He was excited to be named rookie of the year at the Log Rolling Midwest Regionals.  Matthew graduated from IU in May 2021 with a Bachelor of Science in Biology and minors in Comparative Literature and Chemistry.

When deciding on his life’s work, 7-year-old Matthew wanted to become a veterinarian specializing in just dogs and cats, but decided it took too much school.  Being an animal trainer was next on his list, but that apparently required too much discipline.  He then decided being an animal photographer was a great career choice.  Ultimately, halfway through college, he determined that he wanted to go to medical school.  He informed his parents at a formal sit down that he wanted to pursue medical school rather than a more research-based biology position.  He wanted them to know that he was going to double his studying and work harder.  Of course, they were supportive of that decision.  To that end, he began work as an EMT for Seals Ambulance service after graduation and was admitted to Marian University’s (DO) Doctor of Osteopathic Medicine program in October 2021.  He was especially interested in pediatrics or psychiatry.

Matthew’s job history included lawn cutting, odd jobs, and Log Rolling Instructor with Indy Parks which was a job that did not exist, but he knew they had a log so he pitched the idea and was successful.  He was also summer intern at Geist Christian Church in 2019.  In college, Matthew worked as a biology lab research assistant where he studied the mating behavior of fruit flies.  His dedication to the project paid off when the paper was published in the journal, Evolution Letters, and he was listed as a co-author.

Matthew was a well-rounded young man who enjoyed classical music, musicals, reading and writing poetry, and creative writing. He often shared his poems with his Grandma Pearcy on their drives back to her home. Matthew loved having fun and played all kinds of board games, dominoes, euchre, and video games.

He enjoyed family time which included being the most aggressive wrestler in his cousin group. He also was known for wrestling his mom to the ground.  Zoey, his beloved four legged pupperdoo was at his side for the last ten years.

Matthew, a big man with a big heart, spent 17 years growing into his ever-changing body, but he matured into an exemplary human.  This young man showed us all how to live our best lives.  Matthew will be forever missed and loved by his family and friends; his story will live on with all those that loved him.  Memories of Matthew are the legacy of love that he leaves behind for us.  Sometimes life is hard and hope for the future doesn’t come easy.  Sometimes it is cloaked in darkness, deep sadness, and grief.  The pain is indescribable, but we are not alone in our suffering.  It is important to profess that this is where our faith steps in, and we hold onto the hope of everlasting life.  Christ gave us that hope so long ago, a hope for new beginnings and a hope for peace and rest within his presence.  We hold onto this truth even on these most difficult days.

Matthew grew up in Northeast Indianapolis and loved his family, the outdoors, and animals. A loyal friend, he strived to make sure everyone was included. He loved the power of words and was an avid reader and creative writer. Matthew was a faithful man devoted to his Bible study and serving others through mission and service projects. He was clever, witty, and loved to play games like Dungeons and Dragons, dominos, and video games. Matthew attended Indiana University, and in addition to his studies he enjoyed a wide variety of activities including being President of the Log Rolling Club. In May of 2021, he received a Bachelor of Science in Biology with minors in Comparative Literature and Chemistry. Matthew was dedicated to his dream of becoming a physician and had been accepted to medical school to begin in the fall and was working as an EMT in the interim.

He was preceded in death by his grandparents, Bob Pearcy and Margie Shepherd; and future brother-in-law, Dallas Stubblefield.

Visitation will be from 5:00 pm to 8:00 pm on Friday, January 7, 2022 at Geist Christian Church - Mud Creek, 8550 Mud Creek Road, in Indianapolis.  An additional visitation will be held from 11:00 am to 12:00 pm, with services at 12:00 pm on Saturday, January 8, 2022 at the church, with Pastors Ryan Hazen & Kyle Brown officiating. Burial will follow services and be at Oaklawn Memorial Gardens in Indianapolis.

In recognition of Matthew’s passions, memorial contributions may be made to Geist Christian Church Youth and Mission Fund, 8550 Mud Creek Road, Indianapolis, IN 46256; or to the donor’s choice of a local library, reading program, or animal shelter/rescue.

Video is available for this event