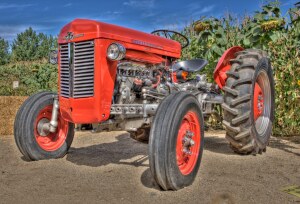 Charles Stephen Roudebush, 76, of Westfield, passed away on Friday, December 18, 2020 at Riverview Health in Noblesville.  He was born on January 24, 1944 to Carl and Joan Roudebush in Texas.

Steve was a 1962 graduate of Westfield High School, attended Purdue University and proudly served his beloved country as a Machinist Mate on Auxiliary ships in the US Navy during the Vietnam War. He spent his younger years farming and tirelessly working to build the family business into a successful farm equipment dealership, Roudebush Equipment. His primary hobby was Tractor Pulling at NTPA sanctioned events where he was a Grand National Champion in 1981 and 1985.  The MF Express was one of the more memorable entries on the circuit. A patriot, he was a lifetime member of the NRA, a Mason and a member of the Elks Lodge. Above all, Steve was a devoted family man who took pride in all his children.

In addition to his parents, Steve was preceded in death by his brother, Greg Roudebush.

Visitation will be from 5:00 pm to 7:00 pm on Wednesday, December 23, 2020 at Randall & Roberts Funeral Center, 1685 Westfield Road, in Noblesville.  Burial will be at a later date at Crownland Cemetery in Noblesville.