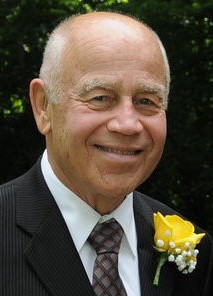 Thomas "Tom" E. Brinker , 80, of Noblesville, was a loving, caring, husband, father, grandfather, great grandfather, brother, and friend.  He left this world suddenly on Monday, February 7, 2022 at his home. He was born on July 27, 1941 to Norman and Elizabeth (McAttee) Brinker in Indianapolis, Indiana.

Tom was a manager and supervisor for over 31 years in the telecommunications field, working at AT&T and Indiana Bell. He owned Tom Brinker Hardwood Floors Company. Tom was a perfectionist and took extreme pride in his work and workmanship. He was truly an artist in his field.

Tom was a very good father and super fun and energetic grandfather. He spent much time with his family traveling, camping, fishing, boating, water skiing, snow skiing, and much more.  Memories of time spent together having fun and adventures as a family will always be deeply cherished and deeply missed.

Tom's young son, Tommy, always idolized his father for many reasons, but considerably because his father could fix ANYTHING.  Tommy grew up wanting very much to be like his father when he grew up and will miss phone calls and visits soliciting help and advice. Daughter, Debbie, has been known, on more than one occasion, to prod her husband into fixing something by offering to call her Dad who can fix Anything!

In addition to his parents, he was preceded in death by his brother, Butch.

Rest In Peace, Dad. We love you so much. You will be deeply missed.

In lieu of flowers, the family has requested donations be made in Tom’s memory to:  Senior Citizens Organization, Inc., 18336 Cumberland Road, Noblesville, IN 46060 ( www.Seniorcitizensorg.org ).

To order memorial trees or send flowers to the family in memory of Thomas "Tom" Brinker, please visit our flower store.
Send a Sympathy Card