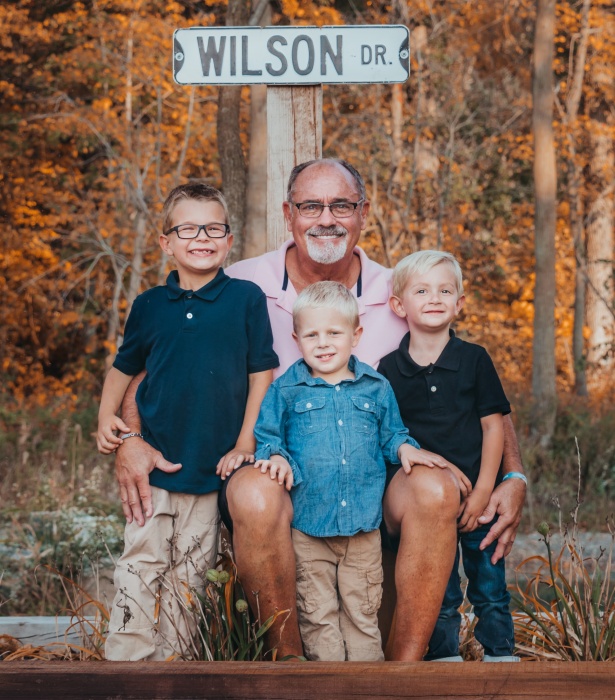 Thomas Allen Wilson , 64, of Atlanta, IN passed away February 22, 2022, surrounded by his loving family at his home due to complications from pancreatic cancer.  Tom was born June 1st, 1957 to Larry David and Linda Lee (Smith) Wilson of Indianapolis, Indiana. Tom graduated from Carmel High School in 1976, and attended college at Ball State University. Tom married Cindy Nuce in 1979, and had two sons, Christopher and Patrick, and lived in Westfield, IN for many years.  His career was focused in the auto industry, working in finance and managing several corporate car franchises.

Tom was the type of man who never met a stranger, and truly enjoyed helping people. He has been described by many as the best friend or neighbor anyone could ask for, and would truly give the shirt off his back to help anyone. Tom was a passionate sports fan and enjoyed coaching kids in baseball and basketball. He was an avid Indy 500 fan and attended more than 50 races throughout his life, many with his dad, Larry, who he often referred to as his best friend.  Tom also enjoyed repairing cars and doing handyman jobs. He enjoyed the outdoors, and could often be found basking in the sun on a boat, mowing the yard, or at a ballgame watching his kids and grandkids play sports. Tom loved animals and enjoyed spending time with his family’s horses, as well as his Labrador puppy “Remy”.

Tom enjoyed many things in life, but loved nothing more than his family. His whole world revolved around his family and grandchildren. Tom is survived by his ex-wife, Cindy Wilson; his two sons, Christopher (Erin) and Patrick (Sarah); and his three grandsons, Westin, Bode, and Carter, all of Atlanta, IN. He is also survived by his mother, Linda Clark Sedam (Wally) of Coatesville, IN; twin sister, Lorie Stewart (Daryl) of Lawrenceburg, KY; brother, Kenneth Clark (Wanda) of Greenwood, IN; and step-sisters, Cathy Jo Sedam of Indianapolis, IN, Shari Street(Brad) of Nineveh, IN, and Delana Chafin of Perry, GA.

After a terminal cancer diagnosis in 2020, Tom spent the last years of his life spending quality time with his loving family on their farm in Atlanta, IN. He was deeply loved and will be dearly missed. Throughout his life, Tom was able to pass on the best of himself through his children and grandchildren. In this way he will never truly be gone, and will always be remembered as his family continues to share the love and kindness that Tom showed to so many others throughout his life.

Tom’s Celebration of Life will be held in May at the Wilson family farm.

To order memorial trees or send flowers to the family in memory of Thomas Wilson, please visit our flower store.
Send a Sympathy Card