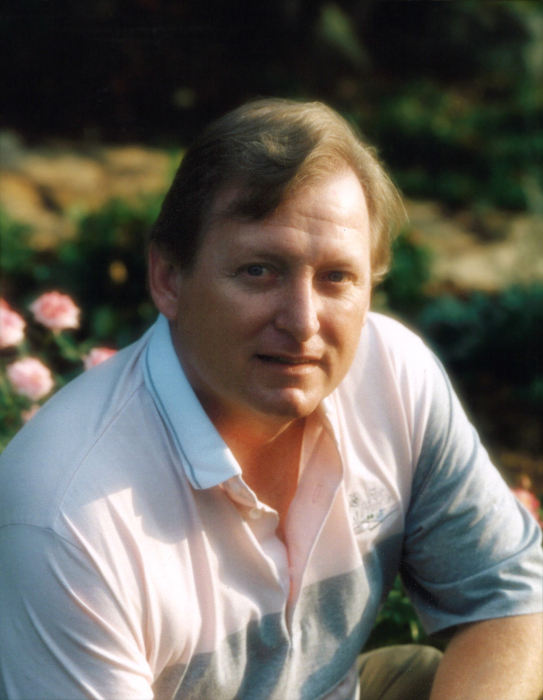 Born into a German immigrant family in Indianapolis on June 23, 1940, his destiny was to make a difference in the place he was to call home and he did just that throughout his life.

His mother was Blanche Pauline Schmidgall Alexander, and his father was Theodore Louis Alexander.  Around the age of 12, Ted moved to Noblesville with his mother and new father, James L.  Rowland.  The remainder of his life was in Noblesville, where he started his family, his business and found his happiness. Noblesville Senior High School (class of ’58) became the place that taught his lifelong work. In High School, he met a young girl that later would become his wife for 59 years and both shared in the hard work and the best of times.  After graduation, Ted joined the Navy and served aboard the USS Alamo and the USS Ester AGC 12 as a Lithographer (Printer) while advancing his talent and skills.  Lithography was an area that Ted excelled in. As shop manager in high school, specialty training in the Navy, beginning a 50 plus year career in the printing industry.  After finishing his tour of duty in the Navy, he married Mary Sue Staton Rowland, starting his own printing company in 1972 in downtown Noblesville in the historic Union Traction Terminal Station just one block off the Court House Square known as Image Builders Rowland Printing.  Ted worked in Chicago, Anderson and Indianapolis WFBM Time Life Radio and Television Station, as the implant printing department manager.  He met many people who became friends and customers for his new young business. Ted was known for his generosity and support of community. Retiring in 2017, he continued to enjoy discussing printing with his son’s Dane Vincent Rowland and Dean Vance Rowland both continuing the tradition their father started.  Ted’s grandchildren were his greatest joy: Vincent Theodore Rowland and Vivian Michelle Rowland, children of Dane Rowland.  They loved Grandpa too.

Ted was creative, generous, and a risk taker who had thousands of ideas, most of which became a reality, when others were not so sure. That included the idea of starting his business on a shoestring.  The one thing others did not understand was that Ted had “luck” on his side. Ted truly lived life to the fullest.  If you knew Ted, you would agree he was unique. He did “it” his way, always.  He was hard to keep up with but left behind a million memories for all of us to enjoy and share for years to come.  When asking Ted about his most favorite accomplishments, he would narrow a long list to three.

First and foremost, was the time he spent in High school working nights at Hudler Press in Noblesville, printing the weekly paper and getting it out on the street the following early morning before returning to class after an “all nighter”. He was not the only printing student who worked at the paper and some lifelong friends were developed during those years.  After serving in the Navy, Ted returned to Hudler Press to open a new offset printing Department for the long-time business.  Some 30 years later, Ted returned to Hudler Press again, upon its closing, to purchase the paper he printed as a student.   Continuing production of the weekly “Noblesville Times” tradition without missing an issue was perhaps the most fun Ted.  He focused on the community and those people who made it great.  He asked people with special talent to write articles for the paper and placed hundreds of pictures into each edition taken by him personally.  After serving as the editor of the paper, he once printed as a teen, he sold “The Times” to a newspaper publisher and it continues today as a daily paper.  Ted saved the historic paper for others to enjoy for years to come.

Second accomplishment most important to Ted, was the production of many historic bound books of Hamilton County towns and cities. He also published his own history book along with a team of well-known artists, writers, designers, and his own production company.  The history book is called “Remembrances” and the year was 1976. Ted’s Hamilton County History book, sits today, in the National Library of Congress, the State Library and local library.

Ted’s mother had three brothers that were favorites.  All three served in World War II in different branches of service at the same time. All three brothers serving during the war, caught the interest of many.   Uncle Oscar became a talented chef like his father after the war, Uncle Julis also became a chef and Uncle Henry, who was in the Calvary during the war, become a printer.  Henry lived to 94 years and his wife Marie lived to almost 99 years.  During the war, Henry received the “Purple Heart” along with Theatre Ribbons including 4 Bronze Stars and an Accommodation for the Liberation of France.

Next year will be the 50th year celebration of Ted’s life- long work and accomplishments as a design and print company in his town. The celebration will be a perfect time to honor 50 years of community dedication and creative talent of its founder, Theodore L. Rowland.

An opening remark in the “Remembrances” book published by Ted Rowland is a tribute to many who care about country and its history.  History does repeat itself and is a good place to read and learn how to preserve the United States of America.

From the “Remembrances” History book of Hamilton County:

“Fellow Citizens.  We cannot escape history. We will be remembered in spite of ourselves.  No personal significance or insignificance can spare one or another of us”,

Everyone is welcome to join the family at a visitation from 4 pm to 7 pm on Friday, July 2, 2021 at Randall and Roberts Funeral Home, 1150 Logan Street, in Old Town Noblesville.

Burial will be at Oak Lawn Gardens following the service with a Military Honor Guard ceremony by the American Legion for the family to honor Ted’s service.

Donations are suggested to your favorite charity or church or Ted’s favorite:

To order memorial trees or send flowers to the family in memory of Theodore Rowland, please visit our flower store.
Send a Sympathy Card