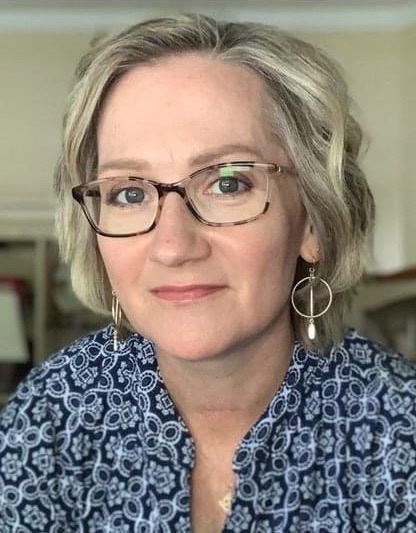 PJ was a homemaker and active member of Christ's Community Church.  She enjoyed exercise of all types including her classes at the Fishers location of Burn Boot Camp and walks with her husband, Andy, on the Nickel Plate Trail, always ending with a protein drink from the local Smoothie King.

Through the years, PJ served as a teacher's aide at Emmanuel United Methodist Church pre-school Noblesville, as well as part-time roles at New Britton Elementary and Hazel Dell Elementary.  She also was a promoter for a healthy lifestyle through the use of Le-vel Thrive supplements.

Her number one focus, however, was her family.  Whether it be cheering on her youngest daughter, Kaitlyn, at a Fishers High School band concert or marching band performance, PJ was there, often joined by middle daughter, Kristen, a veteran band member herself.  Other than an annual vacation to Hilton Head Island, travel was focused on a scenic I70 drive to St. Louis to visit step-daughter, Nikki Peters, husband Ryan, and the two grandchildren, Emma and Ellis.  Not to be forgotten was her love for the canine members of our family as evidenced by 10 year old Corgi, Bentley, and 4 year old Swedish Vallhund, Reba.

She was preceded in death by her father, Roger "Duke" Campbell.

Services will be held at 4:00 pm on Saturday, July 23rd, 2022 at Randall & Roberts Fishers Mortuary, 12010 Allisonville Road in Fishers, with Pastor Nate Pyle officiating.  Visitation will be from 1:00 pm to the time of the service at the funeral home.

Memorial contributions may be made in lieu of flowers to Fishers High School (FHS) Band Boosters, P.O. Box 188, Fishers, IN 46038.

To order memorial trees or send flowers to the family in memory of Prudence J. "PJ" Shaver, please visit our flower store.