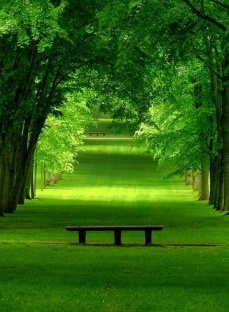 Pastor Barry (Brown) ,  fell asleep in Jesus at the young age of 86 on Saturday, December 26, 2020  in an Indianapolis hospital.  He was born on April 9, 1934 to Homer and Thelma (Berry) Brown in Indianapolis, Indiana.

Pastor Barry graduated from Seminary school in Tupelo, MS and later in his life also received an honorary doctorate from another university commemorating a lifetime of achievement in the service of our Lord.  He founded and pastored The Protestant Church of Greenfield and cared for that community about him for nearly 40yrs years. He was affiliated with Grace Apostolic Church of Indianapolis, Elim Church of Houston, TX, as well he was a continued friend to many other ministers and congregations.  Pastor Barry also maintained an ongoing  prison ministry, counseling with and assisting whomever needed him. He became a familiar fixture in the courtrooms advocating for those who were in need of help. He was known to open his home as well, to individuals lacking a place to live after their release. Pastor Barry's home was also a refuge for women and children escaping an abusive situation and anyone in crisis or simply struggling through the difficulties of this world.  His radio broadcast was a staple blessing to so many shut ins and those miles from his church for over a decade.

He is survived by his daughter, Barriebarbra (Kevin Crowder); grandchildren, Piperlaurie, Thomas Sawyer, Tempiellen (Benjamin), Atticus Finch, and Zebulun Boaz; his sister, Esther Hubbard; one brother-in-law, Ken Halcomb; and many, many beloved nieces and nephews .

In addition to his parents, Pastor Barry was preceded in death (just one short year ago) by his wife of 53 years, The Love of his life, Margie Brown; as well as countless friends, family & parishioners who are sorely missed at this time.

Barriebarbra, Pastor Barry's daughter, would truly value, during these lonely times, to hear from anyone whose life was impacted by her father.

Services will be held at 1:00 pm on Monday, February 1, 2021 at Randall & Roberts Funeral Center, 1685 Westfield Road in Noblesville, with visitation from 11:00 am to the time of service at the funeral home.  Burial will be immediately following at Summit Lawn Cemetery in Westfield.

To order memorial trees or send flowers to the family in memory of Pastor Barry Brown, please visit our flower store.
Send a Sympathy Card