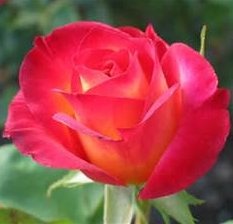 Muriel was born in New York City.  She attended The Northfield School in Massachusetts. Muriel graduated from Smith College in Massachusetts. After the war, Muriel served as a Goodwill Ambassador to Heidelberg, Germany writing human interest articles for a local New York newspaper. She spent the following year giving lectures relating her experiences to local community groups.  Muriel moved to Louisville, Kentucky in 1967.  She retired from First National Bank of Louisville/National City Bank of Kentucky, vice president international division in 1991.

Throughout her lifetime, Muriel valued family more than anything else. In 1954, she created a multi generational home after her mother passed away; moving with her husband and new baby to a home with her father and her two younger brothers. It brought her joy to have 3 generations sharing and caring for each other. It was wonderful that in recent years it was her turn to be cared for when she made a move from Louisville, Kentucky to Carmel, Indiana to daughter, Andrea’s and son-in-law, Randy’s home.

Muriel cherished family holidays, and celebrations. She adored gathering multiple generations together to share the bond of family, sometimes with events as simple as the Sunday night dinners in the 1960’s with her grandparents, Edgar and Florence Chapman and their 4th generation great grandchildren, Andrea and Michele. These family traditions began early in Muriel’s younger life when as a small child she enjoyed summer family vacations on the lake in New Hampshire; again with aunts, uncles and cousins of many generations.  This tradition continued for many decades to eventually include her own two daughters.  Later in her life, these summer family gatherings shifted to Cape Cod, in order to be closer to brother, Bob and sister-in-law, Ursula, who ran The College Light Opera Company during the summer months. She adored the Cape Cod family gatherings to celebrate birthdays and weddings with beloved nieces and nephews, Jane, Nancy, Chip, and Erik and later with their children.

Muriel’s connection with her son-in-law Randy (also in international banking) was a unique and special one spanning 45 years.  She appreciated any opportunity to linger over dinner and reminisce with Randy about the early years of international banking when they both worked for FNBL/National City.

After retiring from banking, Muriel spent several years substitute teaching at Kentucky Country Day School in Louisville, Kentucky. Again, this was a way she enjoyed being connected and involved with family through the school where her daughter, Andrea taught for 32 years and grandson Ryan graduated.

Muriel had a special bond with grandson Ryan. Muriel’s love of literature, history, and politics created a connection that had them engaged in endless conversations.  (Their combined knowledge even earned them the title “trivia team champs” one night at a local restaurant - a fact she referred to proudly.)

Birthdays were never overlooked with Muriel and there probably wasn’t a single one that was celebrated without the traditional family angel food cake with great aunt Ida’s Norwegian mocha icing.  In June, the family gathered together to celebrate her 93rd birthday with the newest member of Muriel’s family in attendance, Owen Francis Goode.  It was time for her to introduce the 4th generation to great aunt Ida’s mocha icing.

A memorial gathering of the family will be scheduled on Cape Cod at a later date.

Expressions of sympathy may take the form of a donation to: The Florence Chapman Haslun Prize for Music and Drama, The Northfield Mount Hermon School, 1 Lamplighter Way, Northfield, Massachusetts 01354.

To order memorial trees or send flowers to the family in memory of Muriel June Heiland, please visit our flower store.