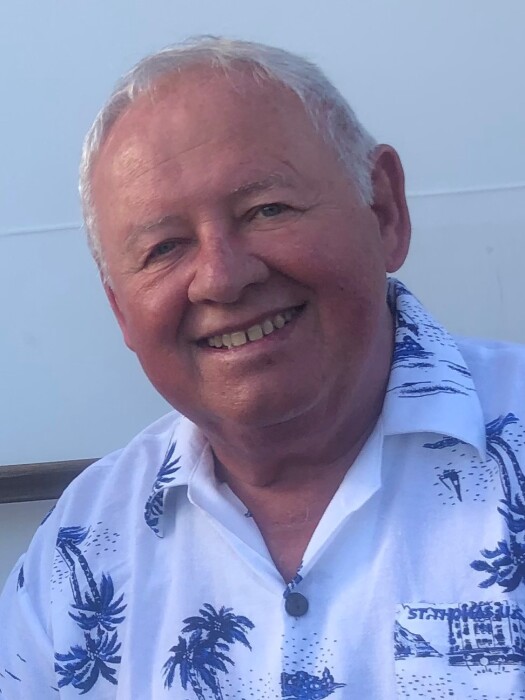 Mitchell Lee Russell , 67, of Arcadia, passed away on Tuesday, February 23, 2021 after a courageous battle with cancer. He was born on November 25, 1953 to Richard “Jack” Jackson Russell Jr. and Virginia L. (Pass) Russell in Noblesville, Indiana.

Mitch attended Hamilton Heights High school where his most precious memories were of him playing football, basketball, and baseball. After high school, Mitch decided to follow in the footsteps of his older brother and become a police officer starting in Arcadia as a Deputy Marshal. Mitch spent 29 years with the Hamilton County Sheriff’s Department where he retired as a Lieutenant in 2006. After retiring, he was appointed Marshal of the Arcadia Police Department. Mitch has always had a love for his small town, and enjoyed serving the people in it. In 2012, Mitch took a job as director of Security for Riverview Health in Noblesville where he stayed until his passing. Mitch loved the people of Riverview and proudly served them.

Mitch met the love of his life, Melanie Anne (Logan) Russell, in 1979 and they were married in 1983. Anyone who knew Mitch knew that Melanie and his family were the most important things in his life. Mitch loved spending time coaching his kids and grandkids in sports, serving his community as President of the Arcadia Town Council, attending Kiwanis, running the baseball and softball board in Arcadia, talking to anyone who would listen, watching IU basketball, and driving his grandkids all over town in his golf cart. There wasn’t much Mitch wouldn’t do for Melanie, his kids, or his precious grandbabies.

Mitch will be remembered for being a wonderful police officer, a man of integrity, helping any and everyone who needed it, his infectious smile and laugh, and for always being there for the people of his community and his family. A good friend once said, “We should all live to be loved like Mitch.”

In addition to his parents, Mitch was preceded in death by his brother, Richard “Dick” Jackson Russell III.

Visitation will be from 3:00pm to 7:00pm on Friday, February 26, 2021 at Randall & Roberts Funeral Center, 1685 Westfield Road, in Noblesville. Services will be held at 10:00am on Saturday, February 27, 2021 at the funeral home, with Rev. Stanley R. Sutton officiating. Burial will be at Arcadia Cemetery in Arcadia.

Memorial contributions may be made to the Arcadia Splash Pad, ℅ Jennifer Pickett, PO Box 578, Arcadia, IN 46030.

To order memorial trees or send flowers to the family in memory of Mitchell Russell, please visit our flower store.
Send a Sympathy Card