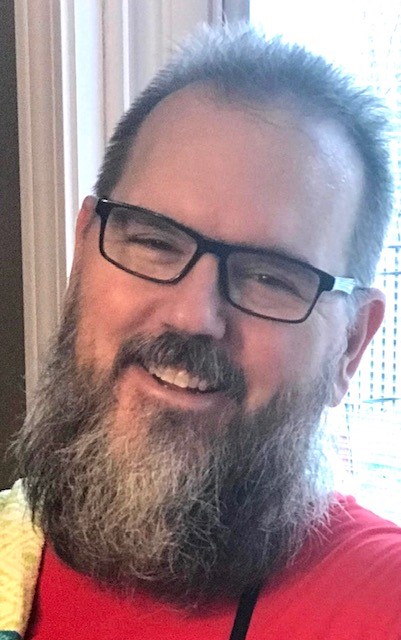 Matthew Henry Lackner , 51, of Fishers, passed away on Monday, April 11, 2022 at Franciscan St. Francis Health in Indianapolis after a courageous battle with ALL Leukemia.  He was born on November 26, 1970 to Robert, Sr. and Carolyn (Bigler) Lackner in Indianapolis, Indiana.

Matt graduated from Cardinal Ritter High School and received a bachelors degree in IT from Indiana Wesleyan University.  He was employed with Protective Insurance, Carmel IN, as the 2nd tier IT Manager.

He was a member of the Masonic Lodge #57 in Noblesville, IN.  He earned and received his Eagle Scout Award with Troop #400, Indpls.  He was Cub Master for Troop #180, Fishers, and a troop leader for Troop #199, Fishers.  He was also a Minisino/Firecrafter, OA Vigil Member, Order of the Arrow Vigil, and Course Director and Leader for National Youth Leadership Training (NYLT) and Troop Leadership Training for #199 (TLT). He was also the recipient of the BSA District Award of Merit.  He attended and supported the Wood Badge Program for adults and earned 4 beads. Matt enjoyed his role of educating and mentoring youth and adults through Boy Scouts and the lasting friendships that he made.

He liked being outside and enjoyed camping, fishing, cooking, traveling, and all types of music, especially live music (Shout out to BackStage, Bentleys, Razzmatazz, and the Peppermint Twist - if you know, you know!) Matt was a home brewer.  He liked having friends and family try out his newest beer.

He loved spending time with friends and family.  He loved tabletop games and card games.  He especially loved his Monday night DND group, Natural 1s and going with his gaming group to the annual Cabin-Con in Nashville, IN.  He was always up for a loud and boisterous game of Blitz, Poker, or Chase the Ace around the Lackner Family table when everyone got together for birthdays and holidays.  He was looking forward to his daughter’s college graduation in May, watching his son play rugby, a trip to Gatlinburg, TN, and possible trip to Australia.

In addition to his parents, he was preceded in death by his oldest brother, Robert (Robbie) Lackner, Jr.

In lieu of flowers and planters, memorial contributions may be made to the Matt Lackner High Adventure Scholarship Fund C/O Troop #199 11642 Tamarisk Boulevard Fishers, IN  46037, Attn:  Beth Spellman.

To order memorial trees or send flowers to the family in memory of Matthew Lackner, please visit our flower store.
Send a Sympathy Card