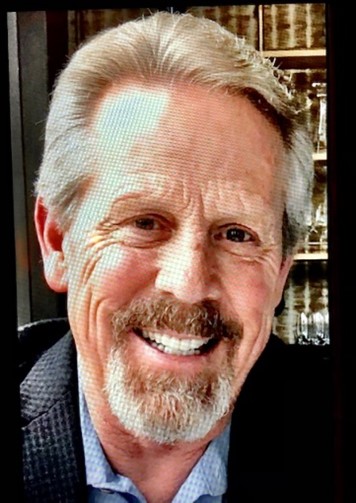 Mark had many passions.  His first priority was his family and told them he loved them every day; even by text or phone call. He was extremely proud of everyone’s accomplishments and made sure he was there to listen; to debate topics, to read and edit college essay drafts, to attend performances and to be fully present in major milestones in their lives.  He looked forward to every family gathering or vacation when all could come from their different states and busy lives to be together.

Mark earned his BS degree in Marketing, Sales and Advertising from Ball State University, Muncie, IN in 1981. Mark was a savvy negotiator and he loved to close the sale which led to his very successful sales leadership career.  Mark began his career in sales working for A.B.  Dick Company, Bard Critical Care and Circadian before joining Roche Diagnostics (then Boehringer Mannheim) in 1987.  From 1987 thru 2011, Mark started in a leadership role as a Regional Business Manager (where he and his wife Wendy met) and was promoted to his next leadership role as National Director of GPOs and Segment Marketing.  He then moved to a National Director, Corporate Accounts, Integrated Health Networks (IHNs).  Mark earned many Premier Performers Club awards and trips as he consistently exceeded his goals.

In 2012, Mark was offered the role of National Director of Corporate Accounts for Instrumentation Laboratory (IL) in Bedford MA where he traveled from Carmel, IN.  He was a Member of the North America Commercial Operations Leadership Team.  Mark officially retired in 2019 after a 38 year career.

Those that worked with Mark directly remember his caring council and leadership, his ability to build strong partner relationships, and his drive to be ahead of the competition by combining competitive analysis with statistical data to convert and win accounts.  Often mentioned is Mark’s uncanny ability in Microsoft Excel which poured over into his family’s life applied to college move-ins, family vacation planning, and motorcycle maintenance and gym workouts.

Mark had a great sense of humor and his laughter was infectious.  Mark showed his love in many ways in and outside of the family through acts of service.  He believed in prayer and put his faith in God.  He would stop and help anyone he saw in need.

He loved spicy buffalo wings, the outdoors and survival shows, although he battled Mother Nature often because he especially loved beautiful weather days when he could ride his motorcycles with family and friends.  Over the years Mark had five different bikes including two custom choppers.  He was known for spending as much time cleaning and caring for his bikes as he did riding them.  He believed you took good care of your investments which included the people around him.  He had more time to ride after he retired and the project that excited him the most was the new home he and Wendy were working on.  The newest love of his life was his first grandchild, his grandson Damien Joseph (named after him) who turned one in August.

To honor Mark’s wishes, in lieu of a funeral, the immediate family will hold a private celebration of life at a later date.

In lieu of flowers or gifts, the family asks that donations be made to Christel House Indianapolis which is a charity that touched Mark’s heart after a charity motorcycle ride that helps children from deeply distressed communities around the world realize their full potential.  Christel House International, 10 West Market Street, Suite 1990, Indianapolis, IN 46204.

To order memorial trees or send flowers to the family in memory of Mark Stein, please visit our flower store.
Send a Sympathy Card