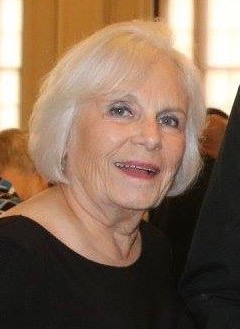 Margaret “Peggy” Kelly Deputy, 78, of Indianapolis, passed away on Monday, June 21, 2021 surrounded by her family.  She was born on November 22, 1942 to Mark and Mary (Johnson) Kelly in Paducah, Kentucky.

Peggy was raised in Indianapolis where she attended Cathedral and St. Joan of Arc schools followed by St. Agnes Academy.  She attended Saint Mary of the Woods College, Terre Haute (class of ’64) before leaving to enter the novitiate of the Sisters of Providence.  Upon leaving the order, Peggy began working in the early computer industry with Honeywell Systems.  After marrying her husband, who was active duty Army, Peggy lived in several locations including, Colorado, Germany, and Virginia.

In addition to raising her family and working full time at the American Banker’s Association, Peggy, at the age of 54, decided to finish her bachelor’s degree through her alma mater’s new ‘Woods External Degree’ program, one of the first on-line degree programs ever offered.

Upon retirement, Peggy returned to Indianapolis where she was able to commit her volunteer efforts to her beloved Saint Mary of the Woods College.  Over the years, Peggy served as Chair of the Alumni Board Advancement Committee (2014-2019), as a member of the Alumni Association Board of Directors (2013-2019), and as Class of 1964 Agent (2012-2015).

Peggy was an avid genealogist, quilter, and cross-stitcher.  She had no greater love than for her family and was an adored Wife, Mother, Grandmother, Sister, Aunt and Friend.

In addition to her parents, she was preceded in death by her brother, James Hugh Kelly.

To order memorial trees or send flowers to the family in memory of Margaret Kelly Deputy, please visit our flower store.
Send a Sympathy Card