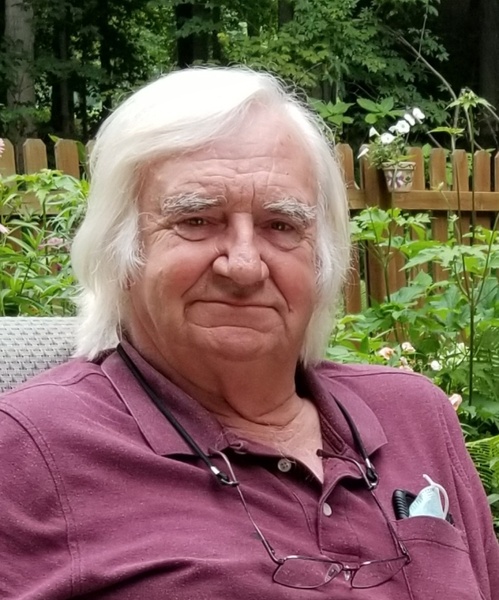 Lawrence Anthony Wiltshire (Tony Wiltshire) at 77 years of age has left us too soon.  Born March 2, 1944 in Luton, England, Tony passed from this world suddenly following a tragic accident at his home on August 27, 2021. Tony was a loving husband to Susan, devoted father to Allie and Jeni, and Grandfather to Chloe.

Tony was a great partner to Susan and the love of her life.  Both being independent thinkers, they challenged each other to strive for their best, yet enjoyed their calm evenings together.

He was a devoted and extremely proud father who instilled work ethic, independence and happiness in his daughters. He was never more relaxed and content than when they visited him in Noblesville and Florida or when he returned to England for vacations and special occasions.

He adored his only grandchild Chloe and loved her dearly.  Despite the distance across the pond they had a very special bond.

Tony loved Sailing, Ford Model T’s, Indycar and Formula 1 racing, and vacationing on the beach especially when he was together with his family and friends. Tony came to America working in Indycar racing as an engine and data acquisition specialist for the 1988 Chevrolet Ilmor engine program.  He was one of the first engineers to carry a laptop in Pit lane.  He holds back to back Indycar championship Rings as a team member for Bobby Rahal (1992) and Nigel Mansell (1993) with Newman-Haas Racing. He was part of the Firestone Test program in 1994 and race program in 1995.

Tony then started his own business (TW Racing Components Inc.) by manufacturing Indycar wiring harnesses, on board batteries, pit lane power supplies, and Texys sensor sales. He eventually sold his business to Texys and started developing Ford Model T Timers and timing tools which have been distributed worldwide.  He also completed building a 1916 red speedster which had been a lifelong dream.

He was heavily involved with the Model T Ford Club of America’s (MTFCA) museum in Richmond, Indiana where he is a lifetime member and was a dedicated volunteer and lead on numerous projects in the development of the museum.  He was passionate to share his knowledge, experiences, & skills with anyone who showed interest.  He is a member of the local Indy 500 chapter of the MTFCA.  Some of the Model T seminars he conducted can be seen on YouTube.

In America Tony leaves behind Susan his loving wife of 29 years, a cousin Sylvia Eagle (Cliff husband) and family, as well as Susan’s parents (Jim & Karlyne Hollowell), brothers, sister-in-laws, nephews, nieces and many of their friends that he enjoyed.

In England Tony leaves behind his wonderful daughters Alison Arissol (husband Martin) and Jeni Simfield (husband Simon) and their beautiful daughter Chloe Simfield whom he loved dearly.  He also leaves his brother Colin Wiltshire (wife Elaine), as well as nephews and many cousins.  He was preceded in death by his mother Elsie Field.

A private funeral will be held at Randall & Roberts funeral home in Noblesville, Indiana.  Cremation will occur at a later time.  A happier celebration of life event will be held at the MTFCA museum in Richmond, Indiana at a date to be determined.

To order memorial trees or send flowers to the family in memory of Lawrence "Tony" Anthony Wiltshire, please visit our flower store.