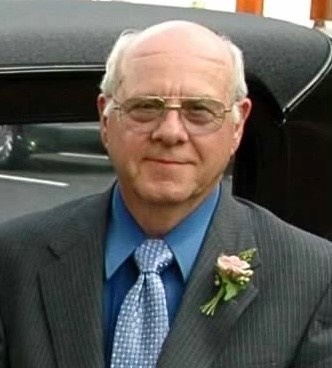 He went by the nickname “Bud”, because his mother used to call him her Little Buddy. Being raised in South Bend, he was an avid Notre Dame fan, and enjoyed watching NASCAR and Formula One racing.  Many times, he would go to the Indianapolis 500 qualifications only to sit in the car and watch it rain. A car enthusiast, he purchased a rusted 1929 Model A Ford pick-up truck, which he restored and painted bright yellow. He later purchased and restored a second Model A, a 1931 two-door sedan.  A member of the Hoosier Model A Ford Club for over 40 years and known as “Ken” to the club, he enjoyed planning outings for the members to drive and show off their Model A’s and there was always a story to tell after each outing. Bud worked as a plumber for 42 years and was a member of the Plumbers and Pipefitters Local 172. He was actively involved in the apprenticeship program, recruiting, and teaching his trade. He retired in 1997. Never knowing a stranger, Bud was friendly and outgoing. Every person was a friend he hadn’t met. He was always welcoming and ready with a wisecrack, joke, or a Geraldine impression.

Married for nearly 66 years to his wife, Mary Ann, they had two daughters, Debi (Doug) and Marcia. Aside from being survived by his wife and daughters, Bud also leaves behind four granddaughters and three great grandchildren. He was preceded in death by his parents Henry (Arthur) and Thelma McClure, and brother Donald.

A graveside service will be held October 13, 2021, at 2:00 p.m. at Flanner Buchanan Hamilton Memorial Park - Washington Park Cemetery Association, 4180 Westfield Rd (S.R. 32), Noblesville, IN 46062. A Celebration of Life/meal will follow immediately after at the Villages of Oak Manor Clubhouse, 17131 Drummond Pl, Westfield, IN 46074.

Memorial donations be made to Camp Millhouse http://www.campmillhouse.org/monetary-donation.html

To order memorial trees or send flowers to the family in memory of Kenneth "Bud" E. McClure, please visit our flower store.
Send a Sympathy Card