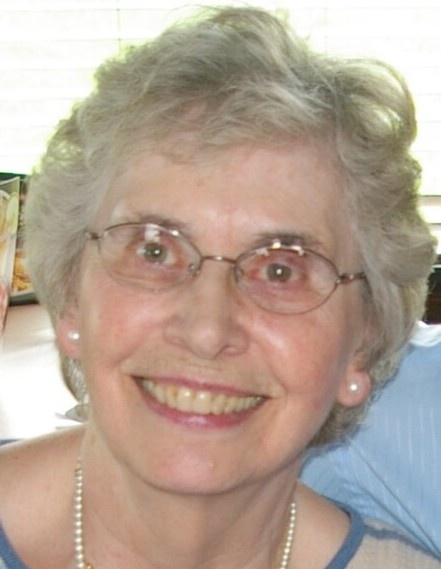 Joyce I. Irvin, a resident of Fishers, Indiana, died October 12, 2021 at St. Vincent’s hospital in Indianapolis, Indiana and entered her eternal heavenly home to live with her Lord and Savior, Jesus.

She was born on September 18, 1934 in Toronto, Ontario, Canada to Herbert and Hilda Thorn.  She attended Humberside Collegiate in west Toronto.

Joyce met Robert (Bob) Irvin and started their courtship in 1952.  While Bob was attending several schools training to be a minister, they wrote hundreds of letters back and forth until they were married on September 6, 1957.  Along the way, Joyce held different jobs in a bank, working for a lawyer and a photographer, but the job she enjoyed most was that of pastor’s wife and mother to their four children.  Joyce and Bob served the Lord in churches in Toronto and Sarnia, Ontario, Canada before moving to Wheaton, IL in 1967.  While in Wheaton, Joyce enjoyed serving in Pioneer Girls at church and ministering to the wives of married students at Moody Bible Institute where Bob was employed.  The roles of pastor and wife took Bob and Joyce back to Canada in 1983 where Joyce once again became active in church life and served in varied capacities.  She was alongside her husband as they finished out their ministry career in missions with Slavic Gospel Association in Canada.  In 2008, Joyce and Bob fully retired and returned to the States where they lived in Fishers, Indiana. Most recently, Joyce was involved in the Britton Falls Del Webb community where she enjoyed being in two Bible studies and the choir.  She was also active at Faith Church.  Joyce loved time with her family and relished being Nana to her grandkids (8) and great grandkids (5).

Joyce was a woman that loved Jesus and saw His hand in every part of life.  That made her a person that was described by everyone as a real sweetheart.  She brought a smile to everyone she interacted with. Everyone that knew her found that smile and the twinkle in her eye to be contagious.

Joyce is survived by her husband Robert Irvin, and her children, Mark Irvin (Sharon), Janice Burlingame (Mark), Carol Clement (Rob), and Paul Irvin (Julie), 8 grandchildren and 5 great grandchildren.  She is also survived by her sister, Charmaine Fletcher of Barrie, Ontario, Canada.   She was preceded in death by her parents and her siblings, Ron Thorn and Art Thorn.

The services will be streamed live at the following link:  https://us02web.zoom.us/j/8714444143?pwd=SGMxNmdRREpBTVQwZnV2T29hWGM0Zz09

Interment will be private and held at Oaklawn Memorial Gardens, Fishers, Indiana.

To order memorial trees or send flowers to the family in memory of Joyce I. Irvin, please visit our flower store.