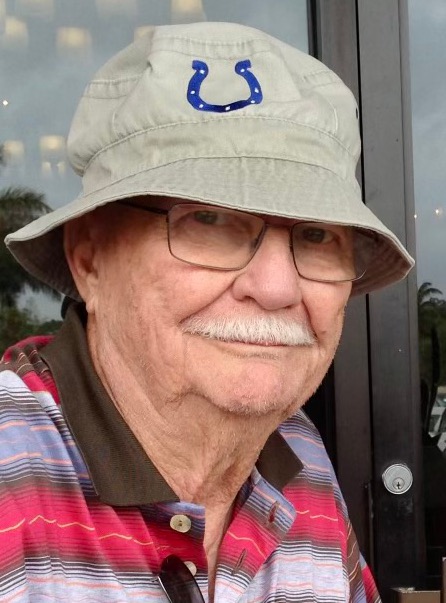 Joe was a graduate of Tech High School and went on to proudly serve his country as Sargent in the United States Army/Air Force.  He worked for Indiana Bell for 41 years, retiring in 1989 as a Mainframe Computer Supervisor.  Joe was an avid sports fan, both as a participant and spectator.  As a participant he loved to bowl and play golf.  As a spectator he attended many auto races, both Indy Car and NASCAR, and until recently attended the Indy 500 each May dating back to the 1950’s.  He was also a season ticket holder for the Colts from the time they came to Indy. Joe was a big boating enthusiast enjoying many lakes in Indiana. He was interested in all types of automobiles and owned many during his life, especially enjoying his antique truck and boat.  He was a member of Millersville Masonic Lodge. Joe enjoyed traveling and spending the winter months in Naples, Florida for the last 20 years, making many great friends there.

Joe was preceded in death by his father, Joseph A. Cook Sr. and mother, Corda (Schilling) Blaschke.

A private graveside service will be held at Oaklawn Memorial Gardens at a later date.

To order memorial trees or send flowers to the family in memory of Joseph Cook, please visit our flower store.
Send a Sympathy Card