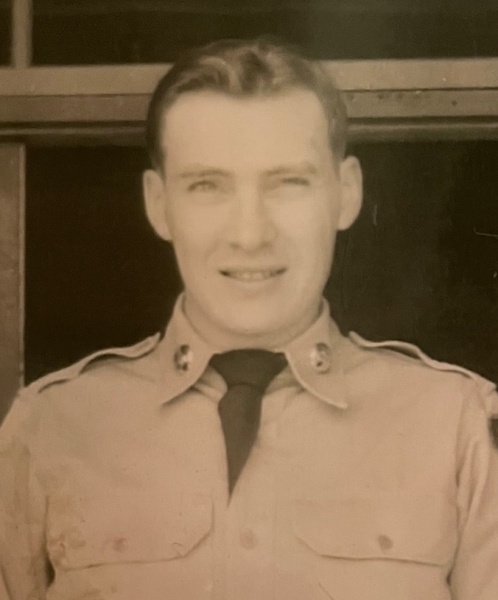 John Andrew Ruder , (known by all as Jack), passed February 3, 2022 in his home at Independence Village in Fishers, IN at the age of 95.  He was born on December 3, 1926 in Evansville, Indiana to Francis Stephen Ruder and Cecilia Barrett Ruder.

As a young boy, Jack attended St. Benedict’s Catholic Church and school in Evansville Indiana. There he participated in the choir and was an altar boy.  Jack graduated from Reitz Memorial High School in Evansville and Indiana University Bloomington in 1948 with a BS in Business.

Jack proudly served his country in the US Army from 1952-1954, stationed primarily in Okinawa, Japan.  Because of his business background and affinity for numbers, he was tasked with running the officers club in Okinawa.  Previously the establishment had been underperforming and was not profitable.  Within 3 months, Jack had turned the finances from negative to positive and continued to grow the business into a profitable state.

Jack spent his entire professional career working for Western Electric in Indianapolis.   Western Electric was a division of AT & T and the sole manufacturer of telephones for personal and business use at the time. He was in management and responsible for telephone production.

Jack and his wife, Fran enjoyed travel and liked to winter in the Sarasota, Florida area.  Their favorite pastimes there were golf, going out to breakfast and playing bridge with friends.

In Indianapolis, Jack and Fran were almost daily patrons of Café Heidelberg, a German bakery on the east side of Indianapolis.

Jack enjoyed watching sports on television, especially the Indiana University Hoosiers, the Colts and professional golf.  He was also an avid fisherman and hunter with his brother and nephews.  Summers included competitive badminton matches in the back yard with family and neighbors.

In addition to his parents, Jack was preceded in death by his brother, Robert Ruder; and sister, Norma Jean Ewers.

No services are planned at this time.  A private inurnment will take place at a later date.

To order memorial trees or send flowers to the family in memory of John Andrew "Jack" Ruder, please visit our flower store.