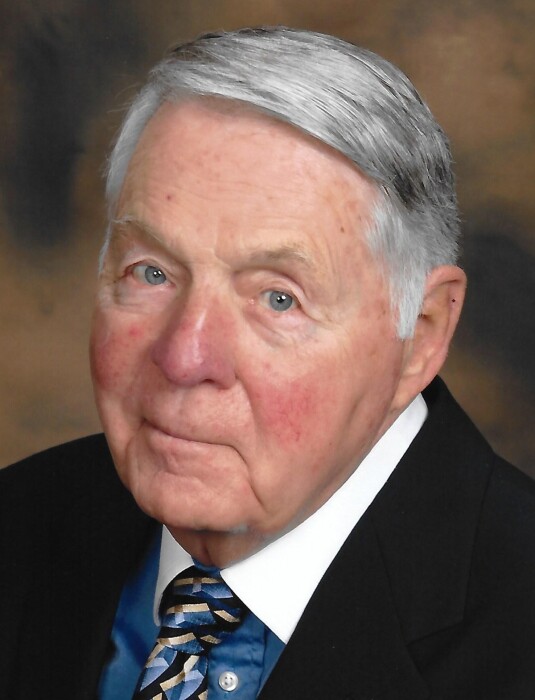 He was a 1947 graduate of Danville High School in Danville, Illinois.  He attended the University of Illinois and he served in the United States Army during the Korean conflict.
John enjoyed a 55 year career in the insurance industry where he achieved many industry awards. The majority of his career was spent working for Massachusetts Mutual Life Insurance company.  He was a past President of the Danville Underwriters Association.

John had a great love for the lakes and beauty in northern Wisconsin and purchased a family “cabin” home there in 1967.  In 1980 he moved from Danville and established his business in Eau Claire, WI to be closer to his family (son) and the lake property.  His service to his community continued in Eau Claire.

He purchased several homes in Arizona and Indiana and divided time between Arizona and Wisconsin and finally between Wisconsin, Fishers and Ft. Myers, Florida.  John loved the sunshine and warmth!

John is proceeded in death by his parents; wife of 43 years, Melva J. Bruder; and his son, Robert “Bob” E. Bruder.

At John’s request, no services will be held.  Cremation rites and burial will be in Springhill Cemetery, Danville, IL next to his wife Melva and his son Bob.

Memorials may be made to the Parkinson’s Association or a charity of the donor’s choice.

To order memorial trees or send flowers to the family in memory of John Bruder Jr., please visit our flower store.
Send a Sympathy Card