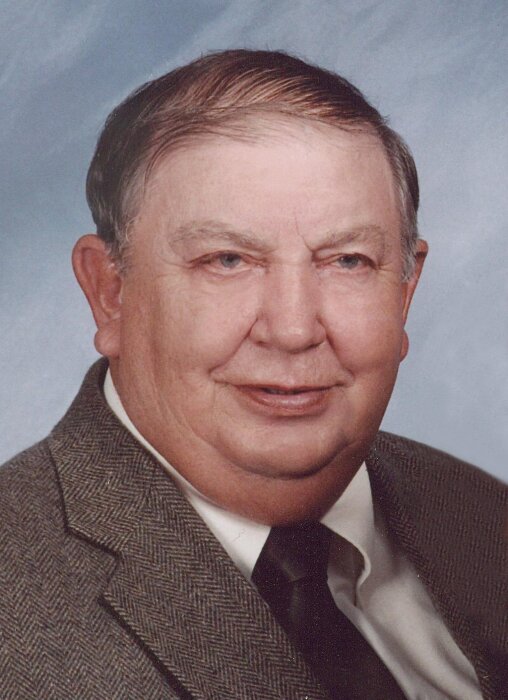 Jim was born on September 17, 1936 on the family farm southeast of Strawtown.  He was the son of Ray and Marie Flanders. Jim was their third and youngest child.

Jim graduated from Walnut Grove High School in 1954. Upon graduation, he continued his lifelong career of being a Farmer in White River Township. Jim was a part of a legacy as a fifth generation farmer in Hamilton County dating back to 1854. Throughout his lifetime he saw many changes in farming from horse pulling hay into mow to twelve row corn heads.  Jim rode the horse on the “sunny” south side of the barn attached to the rope pulling the hay forks being loaded by the men working on the “shaded” north end of the barn loading hay from the wagons up into the loft of the barn.

His entire life, Jim raised corn and soybeans but also raised hogs, cattle, sheep, chickens, and his beloved horses. Once Jim’s brothers retired from farming, he enjoyed continuing on with his son, Jim Jr, as Flanders A-maizing Grain, Inc.

Beginning in 2004 the tremors of Parkinson’s Disease affected his ability to move gracefully.  However, the vibrations of the combine motor minimized the tremors for several years.  His last few years of farming were limited to windshield supervision or through the picture window from his recliner.

On April 4, 1959, Jim married the love of his life Jeanne (nee Rutherford). They raised four children, Donna, Carol, Jim, and Jerry. Jim and Jeanne met through Rural Youth, an organization for young single adults too old for 4-H.   When grandchildren asked Pappaw why he liked Mammaw, he would say that he liked the way she danced. They spent their life together building a farm less than a mile from the home where he was born.

Jim was saved through the ministry of Prairie Baptist Church.  Climbing the steps to the sanctuary became too difficult.   Jim then joined Victory Chapel Community Church.

Jim was a proud graduate of Walnut Grove High School, he attended the Purdue Ag Short Course, followed by 7 years in the Indiana National Guard (an off shoot of the original Minute Men.)

To order memorial trees or send flowers to the family in memory of Jimmie Flanders Sr., please visit our flower store.
Send a Sympathy Card