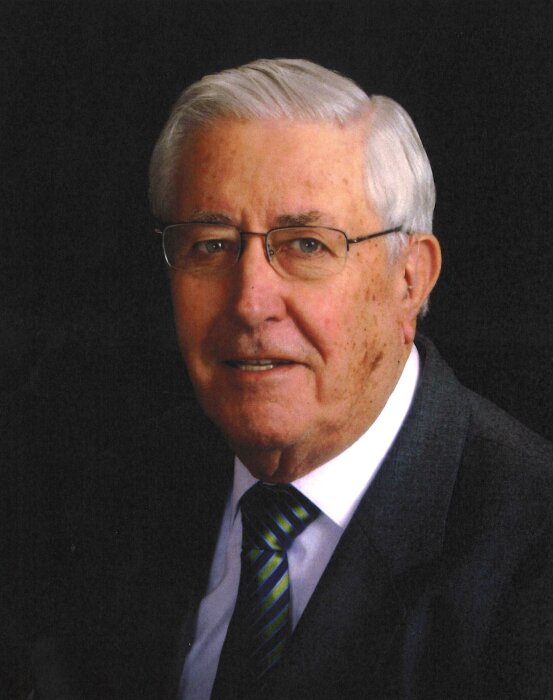 James Thomas Coffey Jr. , 91, of Fishers, IN, formerly of Great Barrington, MA, passed away on Thursday, January 13, 2022 at St. Vincent Hospital in Indianapolis.  He was born on October 24, 1930 to James and Louise (Salle) Coffey in Winsted, Connecticut.

Jim graduated from Morse College in 1951.  He married Theresa Gladys Zuchowski in 1954.  They moved to Great Barrington in the beautiful Berkshires and had 4 children.  Jim worked as an accountant at Ward's Nursery and retired from the Town of Great Barrington as Town Clerk and Treasurer.  They moved to Fishers, Indiana in 2003. Jim was a 4th Degree Knight of Columbus, a member of the Rotary Club where he received the Paul Harris Award, and was a member of the Berkshire County Retirement Board.  He also received the Pius X Award for his involvement with Religious Education.  He was active in the Sally Burton Food Pantry that fed the less fortunate of Hamilton County, Indiana.  Jim was also involved with St. Anne's Group at St. Louis de Montfort Catholic Church in Fishers.

In addition to his parents, Jim was preceded in death by his sister, Marion Vaccari.

Jim was an avid lifetime Notre Dame fan and an usher at Notre Dame stadium for 12 years.  He enjoyed golfing, skiing, playing cards and socializing.  Jim did not know a stranger.

A funeral mass will be held at 11:00 am on Tuesday, January 18, 2022 at St. Louis de Montfort Catholic Church, 11441 Hague Road in Fishers, Indiana.  Burial will be at a later date in Great Barrington, Massachusetts.  The mass will be streamed live, and the link may be found at: https://sldmfishers.org/live-stream-funeral-masses-at-sldm

To order memorial trees or send flowers to the family in memory of James Coffey Jr., please visit our flower store.
Send a Sympathy Card