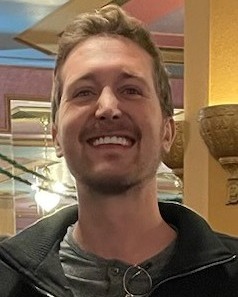 Jacob Andrew Christenson, 28, of Indianapolis, passed away unexpectedly on Thursday, January 5, 2023.  He was born on September 15, 1994 to James and Brenda (Pettijohn) Christenson in Indianapolis, Indiana.

Jake received a master's degree in Public Health and was working toward a doctorate.  He loved music and downtown Indy festivals.  Jake loved his dogs and enjoyed walking them in Garfield Park.  He had a huge number of friends and enjoyed spending time with them and with his family.

Private family services will be held.  A celebration of life will be held at a later date with the date and time to be announced.  Jake's care has been entrusted to Randall & Roberts Funeral Homes in Noblesville.

Memorial contributions may be made to Prison Greyhounds, 5868 E. 71st Street, Suite E357, Indianapolis, IN 46220 (https://prisongreyhounds.org/donate); or Ship Happens (https://harm-lessindiana.org).

To order memorial trees or send flowers to the family in memory of Jacob Andrew Christenson, please visit our flower store.