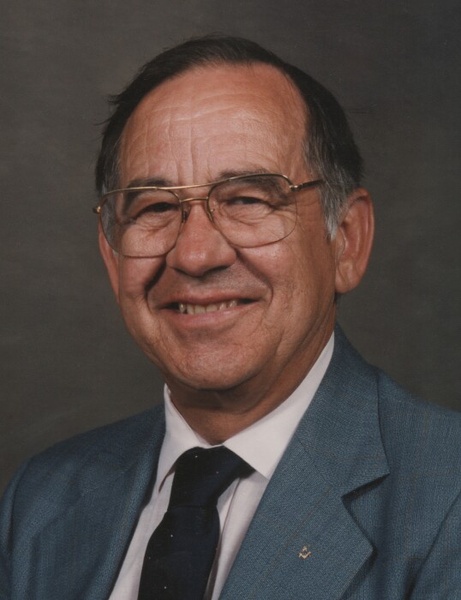 George Ray Beason , 90, of Noblesville, passed away Wednesday, June 23, 2021, at Riverview Health in Noblesville. He was born November 18, 1930, to Herman and Lilly (Reecer) Beason in Celina, Tennessee.

At two years old, George lost his mother, prompting an eventual move to Tipton, Indiana, at the age of thirteen. After the move, he and his cousin traveled around town, even helping bootleggers in some of their many adventures together in his teenage years. It was with him that “Ray” first met eyes with his future bride, Doris, later frequenting the Dewdrop Inn restaurant just to get the chance to see her as he worked up the nerve to ask her out. Soon after, George could be found spending time with Doris’s family, joking with her mother especially. One day he came to pick her up and told her mother he was going to marry her. Thinking this was just another joke, Annie laughed it off and when they returned married, she said she’d never doubt him again. The two were married in 1950 and have enjoyed over 71 years committed to each other and their family.

With Doris, George enjoyed bringing three beautiful girls into the world and traveled just south to Noblesville to raise their family. His family was his pride and joy and through the years, George never missed the opportunity to be with friends, family, and community—even being the first of their family and neighbors to get a television so that everyone could enjoy gathering to watch at their place.

George was an auto mechanic for White's Oldsmobile for many years before opening his own mechanic business out of his home. He was known for jumping to help neighbors with car trouble and would never turn someone away with a car problem, even on a holiday. George was a Noblesville Schools bus driver for 27 years, before retiring in 2004. While driving the bus and as a die-hard Miller fan, George committed to driving a variety of Noblesville sports teams to and from games. Each year, he’d adopt a new family in every team he drove, transporting them safely to and from home, away, sectional, state, and regional games, often sent with tins of fresh cookies from Doris (when she didn’t travel with him). He’d also run chains and could be found on the sidelines cheering every game. Through those years and together with his wife, George also became a member of First Christian Church of Noblesville. He was the smiling face that ushered the congregation in upon arrival, a deacon during the service, and even spent several years with Doris and others making superb peanut brittle every season. In addition, George dedicated 28 years to the Noblesville City Planning Commission and was a member of the Noblesville Masonic Lodge, becoming a Mason in 1979 with the help of longtime friend, Bob Riley. Some of his fondest memories were proudly taking his children, grandchildren, and great-grandchildren to the Scottish Rite holiday event every year.

In addition to his parents, he was preceded in death by his brother, Herman Paul Beason; step-mother, Daisy Beason; and his son-in-law, John “Tim” Russell.

Services will be held at 11:00 AM on Saturday, July 3, 2021, at First Christian Church of Noblesville, 16377 Herriman Blvd. in Noblesville, with Dick Bailey officiating. Visitation will begin at 10:00 AM with a Masonic Service at 10:45 AM at the church. Burial will follow at Fairview Cemetery in Tipton at approximately 2:30 PM.

To help George’s community spirit live on, the family requests that in lieu of flowers, donations be made to First Christian Church of Noblesville.

To order memorial trees or send flowers to the family in memory of George Beason, please visit our flower store.