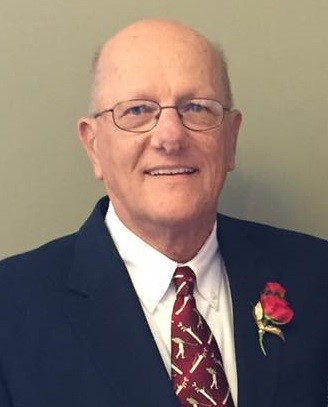 Gary Lynn Brake , beloved husband, father, brother, and grandfather, passed away surrounded by his family on Friday, May 14, 2021 in Noblesville, IN at the age of 76 after a decade-long battle with cancer.

Gary was born the youngest of three sons to Anna Mae and Francis Brake on January 24, 1945 in a small town called Colchester, IL. Growing up, Gary was a talented athlete, playing and lettering multiple years in Baseball, Basketball, and Track. It was in Colchester where he would meet the love of his life in elementary school, Linda Kay Patterson. They would become high school sweethearts and marry just after graduation on August 1, 1965.

Shortly after their marriage, Gary and Lynn moved to Quincy, IL where they would spend much of their early life together and start a family. They would have three sons, Kelly, Troy, and Chad and live with their family in Quincy, IL, Hope, AR, and finally in Noblesville, IN, where their entire extended family has settled together and remain to this day.

Gary would spend nearly his entire career in purchasing with Firestone company. He first worked at Electric Wheel, a subsidiary of Firestone in Quincy, IL and then for Firestone Building Products at assignments in Hope, AR, and finally finishing his 40-year career as the head of purchasing at their Indianapolis, IN headquarters. Gary retired in 2007 and got to spend the last 14 years of his life with his entire family, enjoying holidays, birthdays, sporting events, and school functions with his sons, daughter-in-laws and nine grandchildren.

Gary was an avid golfer for all of his life, and while he would never have called himself a "good" golfer, he would have the opportunity to play on most of the finest courses included on the PGA tour. He would have said that the pinnacle of his golfing career was his opportunity to play at the famed Augusta National Golf Course, home of the renowned Masters golf tournament. About the experience he said he played one of the worst rounds of his career and it did not matter to him in the least.

Gary was diagnosed with Multiple Myeloma in 2011 and would fight the disease until his death. His family and close friends would witness one of the most courageous and ferocious battles ever fought against the disease. Regardless of the pain and suffering, the countless drugs and treatments, or endless doctors and appointments, he always had a kind word of encouragement for those around him and expressions of gratitude for his caregivers. His fight was an inspiration for all that knew him, whether family, friend, or caregiver, and was fought for the benefit of everyone else in his life before himself.

He was preceded in death by his parents, Anna Mae and Francis Brake; and his brother, Robert Brake.

In lieu of flowers, memorial contributions may be made to Alzheimer's Association, 50 East 91st Street, Suite 100, Indianapolis, IN 46240.

To order memorial trees or send flowers to the family in memory of Gary Brake, please visit our flower store.
Send a Sympathy Card