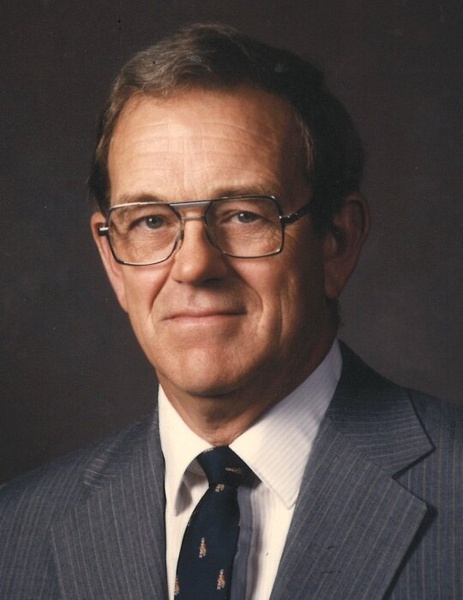 Earl Eugene McMahon , spouse, father, entrepreneur, and real estate investor of Noblesville, IN passed away peacefully on December 12, 2021, at the age of 92 after a brief stay at the Abbie Hunt Bryce Home.  He was born December 17, 1928 to Harold and Martha McMahon. He married Bettye Kraemer in 1953. He was preceded in death by his wife Bettye, his parents, siblings Phyllis Douglas, Harold " Bud" McMahon, Esther Goodwin, Betty Ann Wolverton, Edward McMahon, and Mary Jane Cook.

Earl grew up in a family of nine during the depression and worked at his father's grocery business in Noblesville. He graduated valedictorian from Noblesville High School in 1946. He then attended Indiana University where he was a member of Theta Chi fraternity and obtained his undergraduate and MBA degrees. He served as an officer in the Air Force during the Korean War.

Earl, along with his brothers, Bud and Ed, owned and operated McMahon Food Company from 1953 to 1987. It became one of the largest independent foodservice distributers in the country. At one point the company was the largest employer in Hamilton County.

Earl had a passion for Quarter Horses. He was a fourth all-time leading point producer/breeder of Quarter Horses in the country for a period. He was a past Hamilton County fundraising chairperson for the United Way, served on the Board of Directors of the American National Bank and a life-long member of the Noblesville First United Methodist Church.

Earl was a great communicator, "Do you follow?" and a wonderful storyteller. He had a deep belief in family and its heritage. He was always there for his wife, children, grandchildren, and great grandchildren. He believed in giving people a second chance that created bonds that lasted a lifetime. He was able to touch the lives of not only his family but those of his former employees as well. Keep a positive attitude, maintain your composure, and don't criticize, condemn or complain were the words he lived by.

Arrangements: Visitation and service will be at Randall and Roberts Funeral Center, 1685 Westfield Road, Noblesville, IN on Thursday, December 16, 2021. Visitation will begin at 11:00am followed by funeral service at 1:00pm.

In lieu of flowers please consider a donation to the Noblesville Boys and Girls Club, 1700 Connor Street Noblesville, IN 46060.

To order memorial trees or send flowers to the family in memory of Earl McMahon, please visit our flower store.