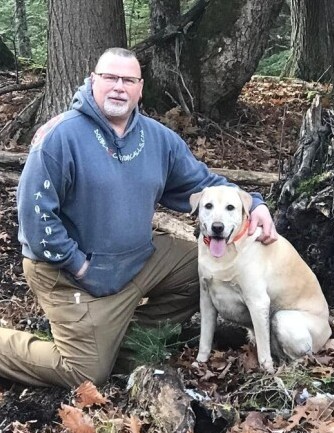 Douglas “Doug” Warren Sanford passed away on March 29, 2022 at the age of 48 after battling an illness. Despite the challenges he faced throughout the illness, he remained sarcastic and strong until the end.

Doug was born in Grand Rapids, Michigan on May 4, 1973 and grew up in Lowell, Michigan with his parents, Dennis and Sharon, and sister, Jan. He then met his wife, Heather, who he married in December 1994. They raised their 2 children in Belding, MI and in 2010 moved to Indianapolis where they eventually settled into their home in Sheridan, Indiana.

Doug began his Law Enforcement Career with the Ionia County Sheriff Office Reserves in 2003 where he also did animal control until 2010. He then moved to Indiana in 2010 and began as an Animal Control Officer for Indianapolis until 2013. In 2013 he joined Carmel Police Department as their Community Service Officer until 2015. In 2015 he joined the Hamilton County Sheriff’s Office as their Humane Law Enforcement Officer, and was also the vice president of Hoosier Animal Law Officers (HALO est. 2017.) Doug was a Deputy with HCSO until the day that he passed.

Though Doug was very passionate about Law Enforcement and helping the animals of Hamilton County, in his free time he enjoyed shooting guns and pheasant and deer hunting with his friends. He also enjoyed spending time on Bois Blanc Island with his family and, of course, he enjoyed sitting in his recliner, drinking watered down Kool-Aid and watching YouTube. Doug was also a proud member of the NRA and HALO.

Doug’s celebration of life will be held on April 16, 2022 at Noblesville First United Methodist Church, 2051 Monument Street, Noblesville, Indiana 46060. Visitation will be held from 1pm to 3pm, with the memorial service beginning at 3pm.

In lieu of flowers, the family is requesting you donate to the Hamilton County Sheriff’s Office Community Foundation, 18100 Cumberland Road, Noblesville, IN. 46060, or online at https://www.hcsocommunityfoundation.com/donate

To order memorial trees or send flowers to the family in memory of Douglas "Doug" Sanford, please visit our flower store.
Send a Sympathy Card