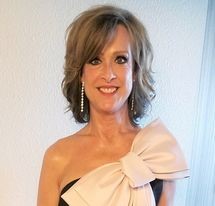 Dora Jeanne (Northcutt) Trittipo died peacefully on June 2, 2021 surrounded by family in her “sunshine room,” an addition that was built onto her home to serve as her recovery room after her initial breast cancer diagnosis in 2010. She was born in Indianapolis on October 16, 1962 to Marvin James Northcutt and Mary “Bette” O’Neill Northcutt, their youngest of seven children and a twin. She graduated from Perry Meridian High School in 1981. She attended IU School of Nursing, and worked as a Registered Nurse at Community Hospitals for 25 years. In 2011, she took on a new and exciting challenge at Community Hospitals working in IT on their system for electronic patient records. Later she worked for Epic as a consultant.  She was a loving wife, mother, sister, and friend to everyone. She was the PTO president at her children’s elementary school, Hazel Dell Elementary, and she was the Girl Scout leader of her daughter’s troop. She loved attending Colts games, traveling (especially to Lake Michigan on the annual 4th of July family vacation), watching romantic comedies and musicals, eating at amazing restaurants, and watching her son play basketball for Noblesville High School.

Dora was one of the original Colts Cheerleaders in 1984 and 1985, and she was a passionate Colts fan throughout her life. In the last decade, she had the opportunity to return to the field and cheer with her original squad for performances celebrating the 30th and 35th anniversaries of the Indianapolis Colts, and participated in several Crucial Catch halftime performances for cancer awareness.

In 2018, she competed in the Mrs. Indiana pageant and had so much fun strutting her stuff alongside the many beautiful contestants, some of whom were less than half her age. Her platform at the pageant was spreading awareness about metastatic breast cancer. She won Mrs. Congeniality and their Fabulous Face award. She proved that you can do anything you want, no matter your age.

Despite her decade-long battle with metastatic breast cancer, she never let it steal her fire. She loved being involved in events for the Pink Ribbon Connection and the Megan S. Ott foundation, organizations that help those whose lives have been impacted by breast cancer. She spoke openly about her battle with cancer, and she was an inspiration to everyone who knew her. With each new diagnosis and the spread of the disease, cancer only made her more determined to live every single moment to the fullest. She had an undeniable zest for life, and her light continued to shine so bright until the very end.

In lieu of flowers, please make donations in the name of Dora Trittipo to the Megan S. Ott Foundation or the Pink Ribbon Connection, which provide support to those whose lives have been impacted by breast cancer. In addition, donations can be made to the Community Cancer Center North. Their incredible care allowed Dora to far outlive her initial prognosis.

Her amazing life will be celebrated in a memorial mass on Tuesday, June 8, 2021, at 2:00 P.M., at St. Roch Catholic Church, 25 East Sumner Avenue, Indianapolis, IN 46227. The mass will be followed by refreshments and the sharing of memories in the Wilmoth Parish Life Center.  Masks are optional at the parish.

or donate by mail:

To order memorial trees or send flowers to the family in memory of Dora Trittipo, please visit our flower store.
Send a Sympathy Card