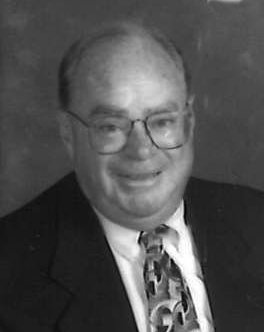 Donald Raymond McPherson, 82, of Westfield, passed away on December 9, 2020 at Copper Trace in Westfield.  He was born on March 19, 1938 in the village of Sewickley, a suburb of Pittsburgh, PA, to Fosie (McMahan) and Richard C. McPherson, Sr.  Don always described his hometown as an ideal place to grow up, a picturesque community, providing easy access by bike or on foot to explore the hills and valleys of the Allegheny Mountains, but still just a short trolley or bus ride to the sports and cultural activities of a major city.

Don attended the University of Pittsburgh where he was a member of the Phi Delta Theta fraternity. Throughout his life, Don was a devoted follower of Pitt's football and basketball teams, as well as the Pittsburgh Steelers and Pirates. Following his education at Pitt, Don accepted a management training position with the American Casualty Company and was transferred to Indianapolis Indiana in 1961. Although he had expressed an interest in an assignment to one of their "western branches" he had in mind something further west than Indianapolis. But it all worked out for the best.

He was an avid golfer, achieving two holes in one (and a third one, unfortunately not witnessed by anyone else) and he developed a keen interest in the Civil War during his retirement and had traveled to Gettysburg, Antietam, Shiloh/Corinth and Harper's Ferry in recent years. He had many friends and acquaintances, was known for his sometimes corny one-liners, and was very proud of his Scottish heritage and had visited Scotland.

After buying a house in Indianapolis, he became active in his neighborhood association, working to improve city services, which led to his committed involvement in local Republican politics, disappointing his mother who was a lifelong Democrat back in Pittsburgh. In 1967 Don was elected to the Indianapolis City Council and then was re-elected to the City-County Council in 1972 and 1976. In 1980, Don resigned from the Council seat to accept the position of Director of Administration in the cabinet of Mayor William H Hudnut III. In 1998, Don became the Director of the Aging and Disability Resource center at CICOA Aging & In-Home Solutions, a position he held until his retirement in July of 2011.

Don was predeceased in death by his parents; a brother, Richard C. McPherson Jr.; and his Siberian Husky, Wilbur.

Services will be held in the spring of 2021.  Randall & Roberts Funeral Home has been entrusted with Don’s care.

To order memorial trees or send flowers to the family in memory of Donald McPherson, please visit our flower store.
Send a Sympathy Card