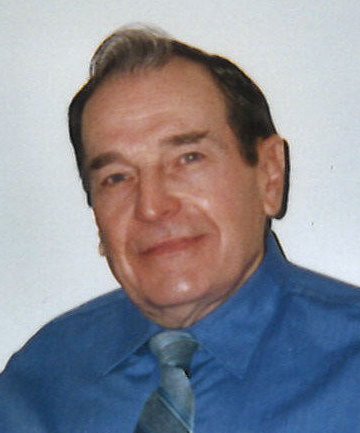 Donald Steven Gatza , 86, of Noblesville, passed away on Monday, November 8, 2021 at his home.  He was born on December 26, 1934 to Casper Joseph and Grace Joan (McCusker) Gatza in Chicago, Illinois.

Donald attended parochial grade schools, Lane Tech High School and Triton College.  Early in his life he worked for his father at Gatza Brothers Heating & Engineering.  Donald proudly served his country in the United States Army stationed in Germany during the Cold War.  He was briefly married to Francine Blumer before being drafted.  After time in the Army, he worked various jobs: Bally Pinball Company, Schwinn Bicycle Company and Kodak Camera Co.  Donald then settled in at Mobil Oil Corp. at the Cicero Lube Plant in Illinois where he worked for 36 years, retiring in 1997.  In his younger years, he loved working on cars, bowling, swimming, and motorcycles.  Later in life, Donald enjoyed collecting beer steins, working newspaper word find puzzles, eating out, and attending local auctions and the Strawtown Market.  Most of all, he loved family holiday gatherings and keeping in touch with his friends and Army buddies.  Donald was a Christmas and Easter church attendee and made a commitment to faith in Christ as an adult.  He supported the Hamilton County Passion Play.

In addition to his parents, he was preceded in death by his wife of 51 years, Louise Ruth Gatza; and his half-brother, John Casper Gatza.

Memorial contributions may be made to Humane Society for Hamilton County 10501 Hague Road, Fishers, IN 46038 ( www.hamiltonhumane.com ); or Behold the Lamb Ministries, Inc., PO Box 234, Noblesville, IN 46061 ( www.beholdthelamb.com ).

To order memorial trees or send flowers to the family in memory of Donald Gatza, please visit our flower store.
Send a Sympathy Card