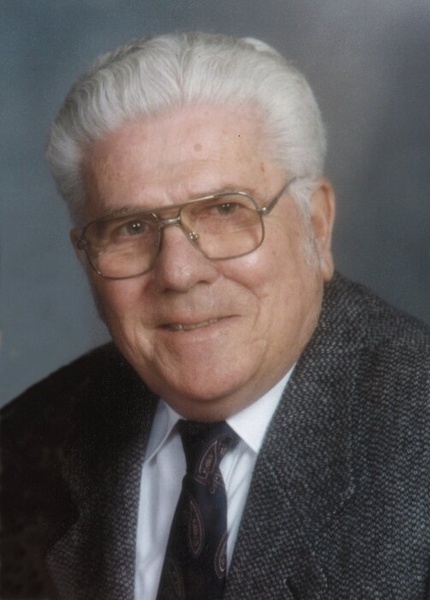 Donald Edwin Franks , 92, of Noblesville, went to be with his Lord on Sunday, January 23, 2022 at St. Vincent Hospital in Indianapolis.  He was born on November 23, 1929 to Raymond and Elma (Hines) Franks in Monroe County, Ohio.

Don was a wonderful husband and father who was always there for his family. He was a lifelong salesman of dry goods and backyard buildings who loved his job and customers.  Don grew up on a farm in Monroe County, Ohio.  Don liked to fish, hunt, play bid Euchre, and loved his cars.

In addition to his parents, he was preceded in death by his brothers, Charles and Ralph Franks; and grandchildren, Christopher & Sharon.

Services will be held at 12:30 pm on Saturday, January 29, 2022 at Randall & Roberts Funeral Home, 1150 Logan Street in Noblesville.  Visitation will be from 11:00 am to 12:00 pm at the funeral home.  Burial will be at Hamilton Memorial Park Cemetery in Westfield.

In lieu of flowers, memorial contributions may be made to Lanesville United Methodist Church, 2575 St. Johns Church Road, Lanesville, IN 47136-8175.

To order memorial trees or send flowers to the family in memory of Donald Franks, please visit our flower store.
Send a Sympathy Card