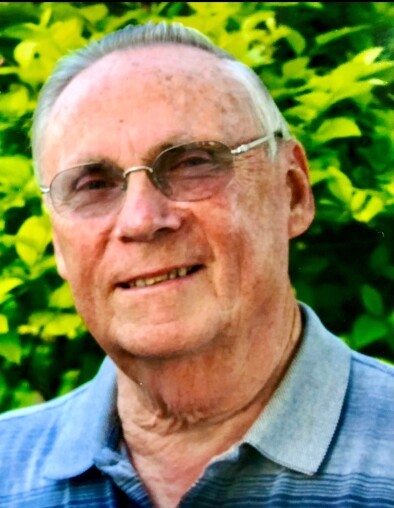 Dallas proudly served in the United States Air Force and participated in the Indy Honor Flight. He was a member of Fishers United Methodist Church, Hamilton County Masonic Lodge #533 and Scottish Rite. Dallas worked for Eli Lilly for 38 years.  He was a fanatic HSE athletic supporter and member of the football chain gang. Dallas was member of the Hamilton Southeastern School “three wisemen” athletic super fans along with Dub Clark and Loren (Goney) Ridgeway. He loved golfing and animals.

In addition to his parents, he was preceded in death by his wife, Doris Rose Farr; son, Scott Farr; and brother, Floyd Farr, Jr..

Services will be held at 12:00 pm on Monday, November 8, 2021 at Randall & Roberts Fishers Mortuary, 12010 Allisonville Road in Fishers, with Dr. Ben Greenbaum officiating.  Visitation will be from 10:00 am to the time of service at the funeral home.  Burial will be at Highland Cemetery in Fishers.

To order memorial trees or send flowers to the family in memory of Dallas Farr, please visit our flower store.
Send a Sympathy Card