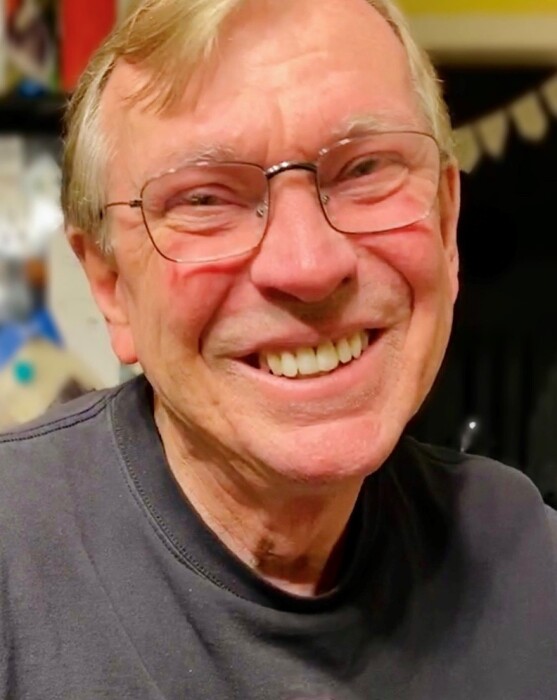 
Ask anyone who knew Charlie Williams to describe him in a few words and most would come up with some variation of the same response: “He’s a great guy.” No flowery explanation needed; this is a spot-on account of Charles Dean Williams, born March 29, 1951 in Clinton, Indiana.

Charlie grew up in the countryside, the youngest child of Charles “Andy” and Lola Williams. Two of his three older siblings, Jean Connor and Jerry Williams, live with their spouses in Clinton and La Porte, Indiana respectively. Charlie’s third sibling, sister Karolyn “June” Randolph of St. Bernice, followed her brother in death on April 25th, 2021, five days after his passing. Charlie has 10 nieces and nephews and 15 great nieces and nephews living with their families in various cities worldwide.

Charlie married his high school sweetheart, Geri McLeish, in 1971. They both attended Purdue University, where he received his Engineering degree in 1973. His hard work ethic, can-do attitude, and good nature made him a valuable asset to such companies as International Harvester, Borg-Warner, and Garrett throughout his nearly five-decade career. He brought his engineer’s mind home to many DIY projects and renovations, always coming up with a clever solution to any conundrum that crossed his path. He often lent his craftsmanship to projects for family and friends, always the reliable handyman.

Charlie never hesitated to go out of his way for others, particularly his wife and their daughter, Maggie Williams. Together, Charlie and Maggie delighted in the simple pastimes of camping, hiking, and sitting out by a good, hot fire. Geri and Maggie will forever remember him as the quintessential dad, full of corny jokes, compassion, and his favorite piece of advice: “Google it!” His family members- extended, immediate, and even four-legged- were his pride and joy. Charlie leaves behind a legacy of good deeds, generosity, and most importantly, friends and relatives who loved him dearly.

In lieu of flowers, please contact Geri Williams to arrange for charitable donations to be made in Charlie’s name. Monetary contributions aside, the family encourages all who read this to do a good deed for someone today and to think of Charlie.

A celebration of life will be held for friends and family in June. Details to be determined.  Charlie's family has entrusted his care to Randall & Roberts Funeral Homes.

To order memorial trees or send flowers to the family in memory of Charles Williams, please visit our flower store.
Send a Sympathy Card