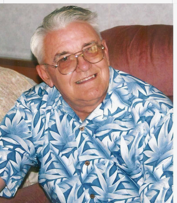 88, affectionately known as “Chuck”, passed away on Thursday, April 28, 2022 in Bradenton, Florida.  Chuck was a loving and devoted husband, father, grandfather and great-grandfather.

He was preceded in death by his parents, Frank and Leone Roberts, Saginaw, Michigan; and first wife, Barbara A. Roberts, Terre Haute.

Chuck was born on January 8, 1934 in Saginaw and served in the US Navy and US Marines in 1954-1956.  Upon returning from the service, he married Barbara Hearst of Poughkeepsie, New York.  Together they had five girls and fostered another daughter.  Throughout his career in sales, the family lived in Saginaw, Michigan; Warren, Michigan; Haven, Kansas; Oklahoma City, Oklahoma; and Noblesville, Indiana.

While residing in Noblesville, he owned his own handyman service.  Chuck will be remembered for his kindness and amazing skill set that he used to help everyone.  He loved to go fishing in Canada, travel the world with his wife, Laurel, and spend time in Florida.

A private family service will be held in Saginaw, Michigan.

To order memorial trees or send flowers to the family in memory of Charles F. Roberts, please visit our flower store.
Send a Sympathy Card