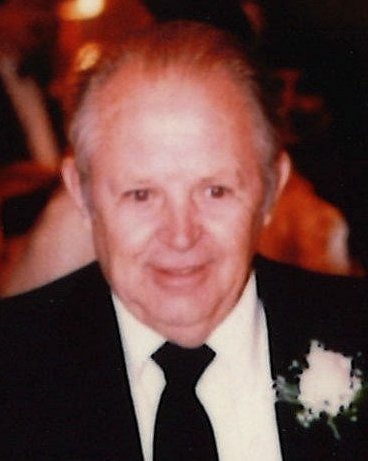 At the age of sixteen, he moved with his family to Fairfax, Virginia where he finished his high school education and served as a Capital Messenger prior to joining the U.S. Navy. He served on the U.S.S. Monitor, II in the Pacific operating a 36 foot landing craft. Upon his discharge from the Navy, he attended Franklin College in Franklin, IN, graduating in 1950. While attending Franklin, he met the love of his life, Betty Bowman, and they were married August 29,1948. They shared 68 years of marriage until her death November 7, 2016.

Bill started his working career at A & P grocery store and the Sears & Roebuck department store. He then owned and operated a Pure Oil Service at 38th and Central in Indianapolis. ln 1957 through 1960, Bill taught math at Pike High School. ln 1960, he launched his sales career as a wagon jobber in the automotive aftermarket. He was a lead sales rep for Preferred Electric and later joining Midas International. During his work in the automotive aftermarket, he belonged to and served as President of Automotive Booster Club #28. He also briefly published Automotive Contact Magazine. He then went to Research Institute selling tax and technical materials to Accountants and Tax Attorneys. He was then recruited by Prentice Hall to continue selling tax materials. While with Prentice Hall, he acquired a Public Accountant License. Upon his retirement from Prentice Hall, he bought the practice of one of his customers and began a tax and accounting career which he continued to work until he was ninety. During this time, he also got into the real estate industry as an Independent Broker, operating Green Acres Realty.

ln 2019, Bill took a fall in his home, breaking his back. He had surgery and went through rehab. Upon discharge from rehab, he took up residence at Woodland Terrace in Carmel where he then met Bette Wilson. They married in October 2019 and remained married until her passing in February 2021.

Funeral arrangements are set for Friday, November 25, 2022 at Randall and Roberts Funeral Center, 1685 Westfield Road, Noblesville, IN.  Visitation 1:00 to 3:00 PM, and the funeral at 3:00 PM.  Burial will follow after cremation on Tuesday, November 29th in Fairview Cemetery, Tipton, IN, at approximately 1:30PM.

To order memorial trees or send flowers to the family in memory of Billie Jean Green, please visit our flower store.