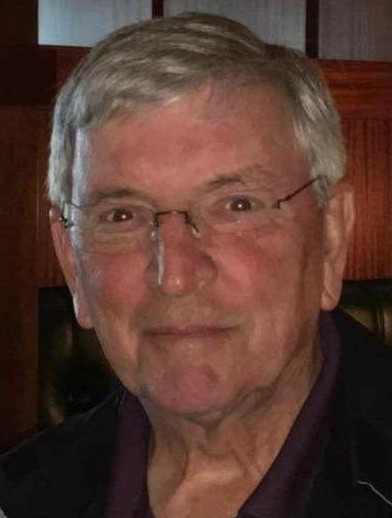 Bill Bailey Lewis was born on April 3, 1946 in Huntington, Indiana to the late Fred Eugene and Mary Evelyn Bailey Lewis. He passed on January 11, 2022 in The Villages, Florida.

Bill met his wife, Cheryl Guenin Lewis, in first grade where they attended school in LaFontaine, Indiana. They graduated from Southwood High School in Wabash County, Indiana in 1964. They were married on August 28, 1966 at the LaFontaine Christian Church. Bill went on to attend Purdue University where he graduated with a degree in Mechanical Engineering in 1969. He then entered the United States Air Force where he worked as a missile maintenance instructor at Minot Air Force Base in Minot, North Dakota. Upon completion of his military service, Bill entered Krannert School of Management at Purdue, graduating in 1974. He worked at Marathon Electric in Wausau, Wisconsin from 1974-1984. Bill and his family then returned to Indiana where he worked as a Project Manager at Ransburg Corporation and Puritan Bennett. He retired from Visteon in 2008.

Bill loved his Boilermakers, working with stained glass, and time spent with his grandchildren. His biggest passion was the game of golf!!

Bill is survived by his wife, Cheryl; and his daughters, Kelly (Chris) Pryor and their sons, Ethan and Grant, and Wendy (Mike) Palermo and their daughter, Leah.  He is also survived by his siblings, Sharon (Don) Steltz of Clermont, FL, James (Lois) Lewis of Henryville, IN, Jerry (Teresa) of West Lafayette, IN, and Brian (Deanna) Lewis of Fishers, IN; his brothers-in-law, Greg Guenin of Jonesboro, IN, and Guy Guenin of Indianapolis, IN; as well as many nieces and a nephew and their families.

To order memorial trees or send flowers to the family in memory of Bill Lewis, please visit our flower store.
Send a Sympathy Card