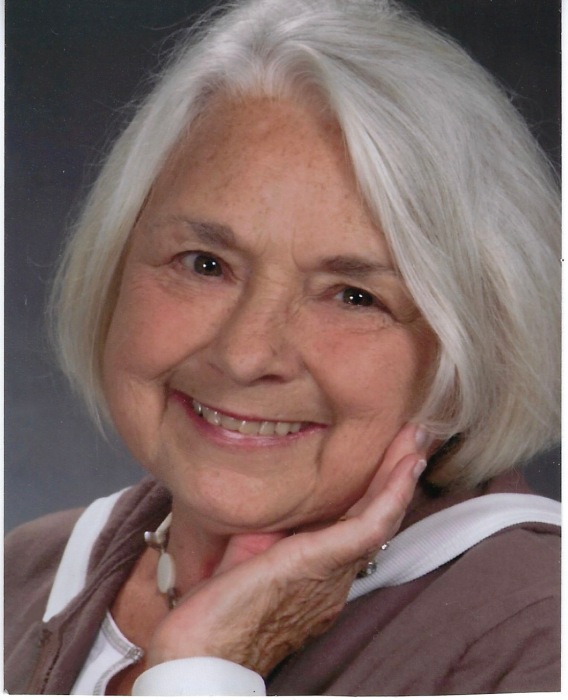 Joann attended Howe High School, graduating from Southside High School in Fort Wayne in 1951. She married Richard “Dick” Beuoy shortly thereafter on April 21, 1951.  Joann and Dick were proud parents to four children: 2 boys and 2 girls.  After the youngest, Steve, reached school age, she began her career working for the Indiana State Senate in 1971 as a staff secretary, retiring in 1998 as Deputy Secretary of the Senate.  Joann was awarded the Sagamore of the Wabash by Governor Frank O’Bannon.  She had a big heart, joyous spirit and was welcoming to all she met.  Her faith, family and friends were the centerpieces of her life.  Joann was particularly passionate about spending time with her grandchildren and great grandchildren; “Grammi” was fun to be with!  She was a member of Emmanuel United Methodist Church and a member of WINS (Women in Neighborhood Service).  Up to her final days, Joann crocheted infant and wheelchair blankets for her church while still finding time for the daily crossword puzzle.

In addition to her parents, she was preceded in death by her husband, Richard Beuoy; daughter, Cheri Richardson; son-in-law, David Butz; and her sister, Marilyn Rhude.

Visitation will be from 10:00 am to 12:30 pm on Saturday, April 24, 2021 at Randall & Roberts Fishers Mortuary, 12010 Allisonville Road in Fishers, followed by a small private ceremony.  Burial will follow at New Palestine Cemetery in New Palestine.

Memorial contributions may be made to the American Cancer Society, 5635 West 96th Street, Suite 100, Indianapolis, IN 46278.

To order memorial trees or send flowers to the family in memory of Betty Joann "Jo" Beuoy, please visit our flower store.
Send a Sympathy Card