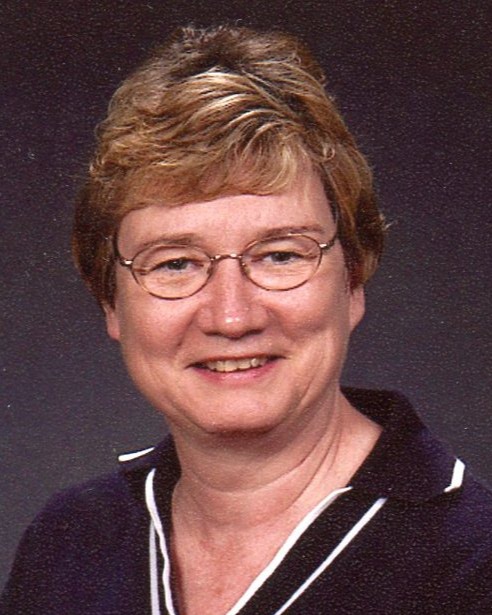 Barbara "Barb" Joan (Miers) Cook, 74, of Fishers, Indiana, formerly of Crawfordsville, Indiana, passed away on Thursday, October 27, 2022 at her home.  She was born on July 17, 1948 in Greensburg, Indiana, as the first daughter of Emerson and Joan (Jackson) Miers.

Barbara was a 1966 graduate of Burney High School (Decatur County) as Valedictorian and later received her Bachelor and Masters degrees in Elementary Education from Purdue University. She was a 5th grade teacher for 24 years, primarily in the Linden and Southeast Fountain Schools. She married Frederick "Fred" Cook over 53 years ago at The Burney United Methodist Church.

Barbara was an active member of the First Baptist Church in Crawfordsville for over 45 years where she served on many boards, the handbell choir and as Church Librarian. She enjoyed participating in book and Euchre clubs, and in her exercise and coffee groups. She especially enjoyed supporting and watching her children's and grandchildren's school and sport activities. Barbara traveled to most states and several countries. After her retirement, she always looked forward to spending the month of February in Siesta Key, Florida.

In addition to her parents, she was preceded in death by her daughter, DeLynn (Cook) Dubber; sister, Kay (Miers) Royer; and brother-in-law, Ed Evans.

Visitation will be from 4:00 pm to 7:00 pm on Sunday, November 6, 2022 at Randall & Roberts Fishers Mortuary, 12010 Allisonville Road in Fishers.  Services will be held at 11:00 am on Monday, November 7, 2022 at the funeral home, with nephew, Pastor Micah Mobley officiating.  Burial will follow the service at 2:00 pm at Union Chapel Cemetery in Decatur County, Indiana.

In lieu of flowers, memorial contributions may be made to Crawfordsville First Baptist Church, 1905 Lebanon Road, Crawfordsville, IN 47933.

To order memorial trees or send flowers to the family in memory of Barbara Joan Cook, please visit our flower store.