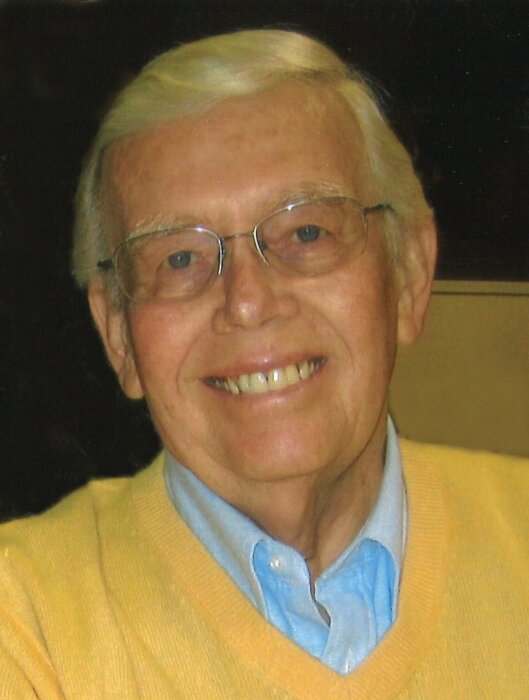 On December 14, 2020, our Lord in Heaven welcomed a very special man to His home. Arvin Newmark, 79, passed away at Riverwalk Village after a short residency. He was born on September 27, 1941, to Alvin (a Swedish immigrant) and Anna (Nielsen, a Danish immigrant) Newmark at Illinois Central Hospital in Chicago, IL. Arvin, an only child, was raised in Merrionette Park, a suburb of Chicago. He graduated from Blue Island (now Eisenhower) High School in 1959.

In 1960, Arvin accepted employment at Argonne National Laboratory at Lamont, IL, another Chicago suburb. Argonne is a research and development facility relating to atomic energy. He was granted top security clearance by the Atomic Energy Commission of the US government, thus spending much of his day working with plutonium. During his employment at Argonne Laboratory, he completed a 10,000 hour Tool & Die Apprenticeship to become a licensed Journeyman as an Instrument Machinist.

In 1965, Arvin married Gail Nielsen, his high school sweetheart. They had two sons. In search of new challenges and opportunities, Arvin left Argonne Laboratory in 1968, to begin his career in sales. He worked for several companies selling manufacturing processes, machine tools, metal forming, precision machinery for the tool and die industry, and the automotive industry. During these years, he traveled extensively throughout the USA, Europe, South America, and behind the Iron Curtain. The family lived in Elmhurst, IL, Dayton, OH, Fort Wayne, IN, and Butler, PA, finally settling in Noblesville, IN in 1981.

In 1988, Arvin formed his own company, A. Newmark Co. Assuming the role of manufacturer's representative, he showcased a variety of manufacturing companies with varying skills, and continued to sell the same services he had sold under his former employers. He retired in 2006 when his bearing failed.

Arvin was a wonderful cook. His specialty was barbecue ribs on the grill. But his greatest love was playing golf. He played for many years at Harbour Trees Golf Course in Noblesville, but his favorite courses to play were the scenic golf courses at Fairfield Glade, TN where he had a vacation property. Arvin also enjoyed fishing for large-mouth bass at Lake Patoka in southwestern IN. Fortunately for the bass, he was a better golfer than he was a fisherman.

In 1992, Arvin married Sharon Wilson of Indianapolis. She survives him. He is survived by his sons, Eric Newmark of Noblesville, Neil (Christine) Newmark of Leo, IN, and step-son, Trenton (Jennifer) Wilson of Mount Prospect, IL. Grandpa Arvin is missed by five grandchildren, Caitlyn, William, and Andrew Newmark, and Ethan and Aiden Wilson. His parents preceded him in death.

Memorial contributions may be made in Arvin's name to the Humane Society of Hamilton County, 10501 Hague Road, Fishers, IN 46038.

A Celebration of Life service for Arvin will be held on Saturday, July 31, 2021 from 2:00pm until 4:00pm at Forest Park, in picnic shelter #5. The family welcomes anyone who wishes to celebrate the life of this kind, gentle, honorable man--our mentor, father, grandfather, husband and best friend, our sadly-missed Arvin Newmark.

To order memorial trees or send flowers to the family in memory of Arvin W. Newmark, please visit our flower store.
Send a Sympathy Card