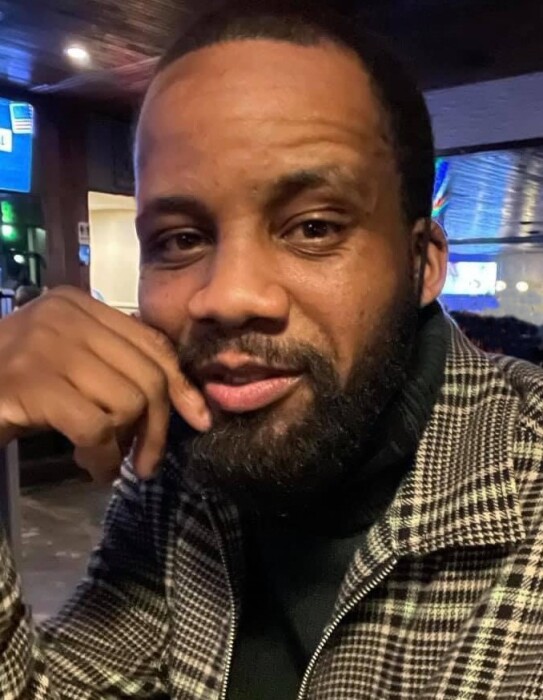 To the sadness of his family and friends, Adam Christopher Louie departed this life, May 29, 2021.  He was born September 10, 1985 at Michael Reese Hospital in Chicago, Illinois.  Adam was the oldest child of three born to Robert and Yolanda Louie.

At 8 years old, Adam proclaimed Jesus Christ as his Lord and Savior.  He was baptized and became a member of Calvary Baptist Church in Chicago under the leadership of the late Rev. C.R. Phillips.  While at Calvary, Adam was a member of the Angelic Choir.  He later joined To God Be The Glory Ministries under the leadership of Pastor Darryl Hallman.

Adam received his early elementary education in Chicago at Bennett-Shedd Elementary School from Kindergarten through 5th grade.  Adam’s kindergarten classmate remembers Adam in the lead role as the Prince in the school play.  To the dismay of the teacher, Adam turned an imaginary kiss in to a real first kiss.

Along with his family, Adam moved to Indianapolis, Indiana in 1996.  Adam attended New Augusta Middle School and Pike High School.  Following in the footsteps of his dad, Adam found a love for music.  He played the trumpet in the Pike High School Marching Band, Jazz Band and Wind Ensemble.  Following High School graduation, Adam returned to Chicago and attended South Suburban College and Columbia College.

After a year at Columbia College, Adam decided to enter the workforce in Indianapolis.  He gained employment at the State of Indiana Department of Motor Vehicles where he worked diligently for a number of years.  Seeking better work opportunities, Adam was employed at Navient.  During his time there he excelled, meeting and exceeding company incentives and goals.  In 2021, Adam was excited to join Carrington Mortgage Company.  In Adam’s word, “this is the type of job I always wanted.”  He was looking forward to making a positive impact at Carrington.

Adam was a loving big brother to his younger sisters, Robin and Erin.   He was a constant source of entertainment for his siblings.   Once while watching television, Adam appeared and dropped a banana peel on the floor.  He pretended to slip and fall multiple times on the banana peel, just for laughs.  He took his big brother and musician roles to heart when he taught younger sister, Erin to correctly clean her trombone mouthpiece.  Adam loved his sisters deeply.

Adam was proceeded in death by his Grandparents, Albert and Mary Williams, and Willie and Nettie Aaron.

To order memorial trees or send flowers to the family in memory of Adam Christopher Louie, please visit our flower store.
Send a Sympathy Card