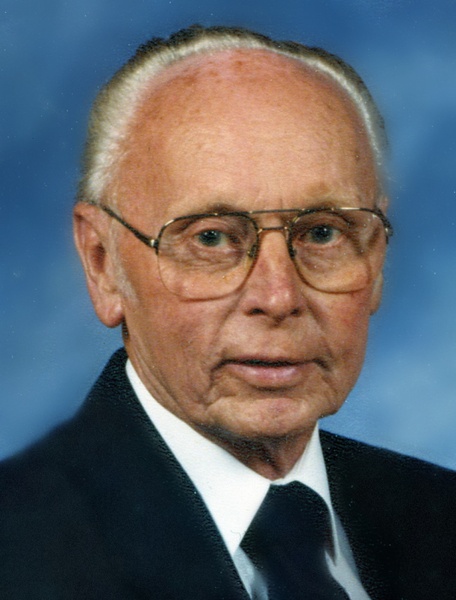 LeRoy A. Buland passed away November 17, 2021.  He was born in Cerro Gordo County, Iowa, on April 20, 1927 to Joe and Minnie (Vold) Buland.  The family soon moved to a farm near Brownsdale, Minnesota, and at age 14, he drove the tractor from Lake Mills, Iowa to Brownsdale.  During WWII, he served in the US Navy in the Pacific Theater.  Returning to civilian life, he continued to farm with his family and began work at Geo. A. Hormel in Austin.

LeRoy married Marlis (Meier) on June 10, 1949 in Sioux Falls, S.D., and the couple made their home throughout the Midwest, including Austin, Des Moines, Iowa, Fremont, Nebraska and Ottumwa, Iowa while working with Hormel. After his retirement, the couple lived for six years in Tellico Village, Tennessee, before returning to Austin. For the past five years, he lived in Noblesville, Indiana.

He is survived by two sons and daughters-in-law, Rod (Ann) Buland of Livonia, Michigan, Mike (Kathy) Buland of Noblesville, Indiana, three grandchildren and spouses and children: Justin (Emily) Buland and their daughters Evie and Rosie, Lauren (Travis) Brinkman and their children Kolby and Crosby, and Erik (Laura Beth) Buland and their son Henry.  He was preceded in death by his wife Marlis, his parents, and three brothers, Jay, Gene, and Virgil.

Funeral services will be held at Christ Lutheran Church. 509 Kansas Street NW, Preston, Minnesota on Monday, November 22 at 11:00 AM, with visitation one hour before the service.  Interment will follow at the Minnesota State Veterans Cemetery in Preston.

No flowers, please; memorials to the charity of your choice.

To order memorial trees or send flowers to the family in memory of LeRoy Buland, please visit our flower store.