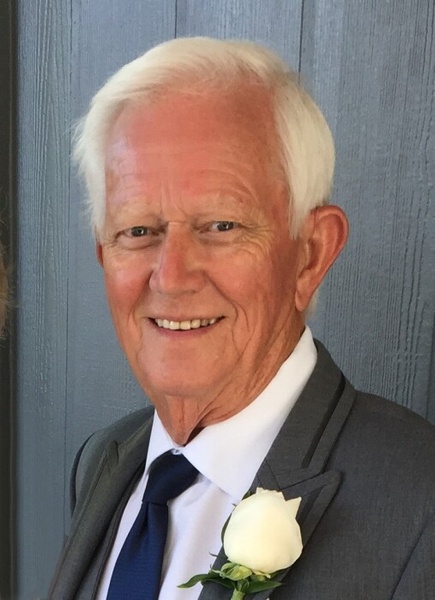 Jim was a 1959 graduate of Sullivan High School and he held a Bachelors Degree in Industrial Engineering Management. Jim proudly served in the United States Army while stationed in Germany from 1960-1962. He was in the industry as an engineer for 60 years, working at Ford, Chrysler, Unarco Industries, and TRW Plant. Jim went to work full time with his brother Bill at Frakes Engineering, an industrial control systems engineering firm in Indianapolis, in which they started in 1979.

Jim was an avid race fan, he attended his first Indianapolis 500 at 17 years old and has attended every year since except for 2 years. He was a very active member of the Austin-Healey Club of America, both locally and nationally, since 1995 and had a passion for classic cars and car shows. Jim also enjoyed boating with his family on Morse Lake.

In addition to his parents, he was preceded in death by his first wife, Bonnie Frakes in 2004; sister, Virginia Ashcraft; and brother, Bill Frakes.

Services will be held at 1:00 pm on Monday, January 10, 2022 at Randall & Roberts Fishers Mortuary, 12010 Allisonville Road in Fishers, with Pastor Rick Grover officiating and military rites will follow at the funeral home.  Visitation will be from 10:00 am to the time of service at the funeral home.  Burial will be at Oaklawn Memorial Gardens in Indianapolis.

In lieu of flowers, memorial contributions may be made to Riley Children's Foundation, 30 S. Meridian Street, Suite 200, Indianapolis, IN 46204 www.rileykids.org.

To order memorial trees or send flowers to the family in memory of James Frakes, please visit our flower store.